Sydney-bred Hansaa and LA-based producers Soso have teamed up once again to enlist the vocal talents of A.CHAL for a star-studded, super production entitled ‘Primavera’. Rough textures centred about a funky, live bassline make for a high-vitality vibe with a driving energy. Specifically produced with A.CHAL’s dulcet tones in mind, the Peruvian’s vocals are woven throughout the very core of the track creating a certain ambience, fusing the very best elements of hip hop, electronica and R&B. 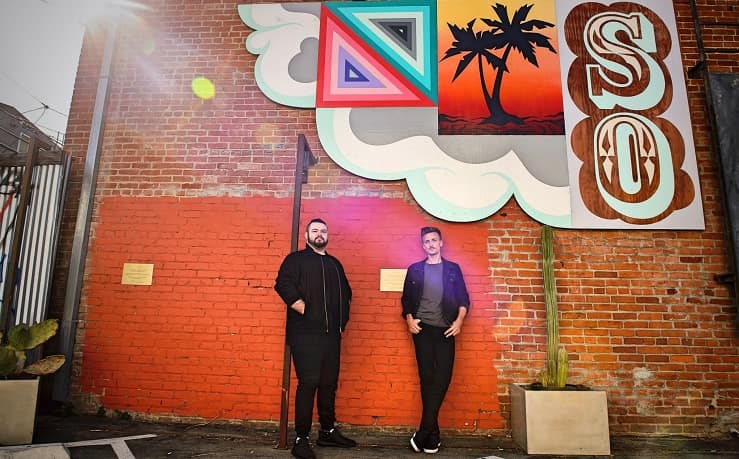 Hansaa – real name Vinay Matta – has been prevalent in LA’s underground scene for several years now. Drawing inspiration from sample-heavy hip hop, 90s instrumentals and cinematic scores, Matta developed a unique timbre. It was this affinity for electro and hip-hop inspired sounds that lead to the producer linking up with Ryan Aicklen and Danny Thrasher, AKA Soso. The pair first came together during their time at Icon Music School Production School in Burbank and have since worked behind the scenes for artists including 30 Seconds To Mars and Anna Lunoe. The Soso boys joined Hansaa on his debut release, ‘Need to Know’, featuring vocals from Oliver Tank, which was released in August 2017 and has since seen highly coveted praise from Hilly Dilly, Triple J Unearthed, Noise 11 and the AU Review.

Referred to as the “R&B, quasi-rap wunderkind” with “big sexy, making-it-rain” music by Billboard, it’s no surprise that Alejandro Salazar, under the moniker A.CHAL, has been making waves. Championed by A$AP Rocky the young virtuoso has seen a plethora of commendations from Pigeons And Planes, XXL Mag, Highsnobiety and i-D. A frequent favourite on Beats 1, the vocalist has also teamed up with A$AP Nast, French Montana. Recently having performed at SXSW 17’s Belvedere Vodka x Noisey: Behind The Scene event and fresh from announcing tour dates for his 11-track album ‘On Gaz’, Salazar has quickly become one of America’s most exciting singers.

‘Primavera’ sees the undisputed vocal expertise of A.CHAL coupled with tight, inspired production from one of LA’s most exciting, up and coming producer collaborations who will most certainly be one to watch in 2017.