It was a song about angels. Halley Hiatt locked herself up in her room, wrote and recorded the song and immediately played it for her parents. “I was really proud,” she recalls. But, the song was far from being a BILLBOARD hit. Actually, being that she was only 8 years old, it never left her Upstate, NY house. “My parents thought it was very cute and laughed about it,” she said. Needless to say, those reviews, while intended to be positive, left her a bit dejected. “I went quiet,” she said. This December, the singer/songwriter will release a five-song EP entitled Retrograde. The EP takes full advantage of Halley’s unique vocal and musical styling’s, which are influenced by jazz, the blues, and 90’s R&B. Explaining the meaning behind the record, Halley says, “When Mercury is retrograde, it is believed that the world goes a little crazy; everything seems to be out of control. However, it is also a time to take a pause, reflect and reorganize.” 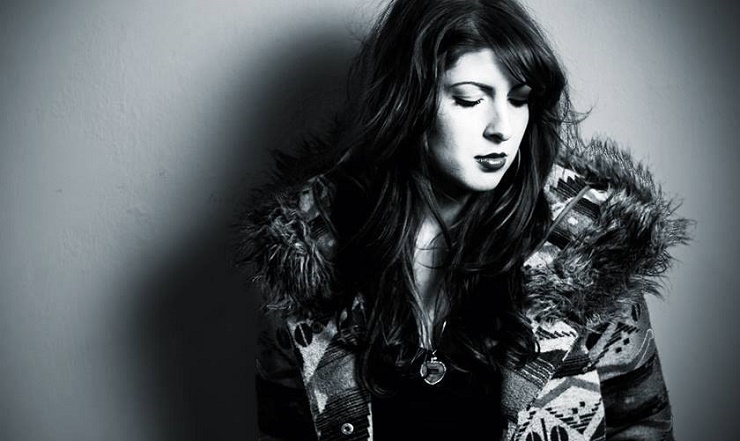 Hiatt continues, “So even though it seems like everything is going wrong, something amazing may come out of it. I think of this EP as my Mercury in Retrograde.”  The 5-song EP is the culmination of quite an interesting journey for the singer/songwriter, who is of Lebanese, French, and Native American (Lenni-Lenape) descent. What started out as living room performances for her parents and extended family, would eventually lead to a career in music – only not in front of the mic at first. Halley attended Hunter College majoring in music business, but she quickly shifted gears. “I fell in love with Jazz and the Blues while studying at Hunter. The blues taught me storytelling,” she explained. “In traditional blues, there is the situation the song is about and then there is always an outcome. Sometimes the outcome is sad, but it can also be real funny and unexpected. It feels more real when you hear the story and the resulting outcome.”  While she still wanted to pursue her dream as a performer, Hiatt continued on with her studies to earn a Bachelor’s Degree in Music Business. After college she worked in the marketing and promotion departments for a large indie label to help pay the bills.

But Halley was never satisfied working behind the scenes. “While I was working at the label, I was very consumed by it. I hadn’t done anything musically for myself in about a year, and it broke my heart daily,” she said. With a sense of urgency, she took on the role of Lead Singer for a Hip Hop/Jazz Fusion band known as “Sibling.” Halley credits “Sibling” for getting her back into the rhythm of creating and performing music. In 2014 she stepped away to start working on her solo project, which she is now ready to share with the world. Excited to see her longtime passion turn into something much more tangible, Hiatt reflects on the album title and her lifelong love affair with music.  “I’ve been making music for as long as I can remember and it never sounded the way it was meant to. I feel like my retrograde has ended and I finally have something to share,” Adds Halley.