Glassmaps is the solo project of Joel Stein, lead guitarist in the much-loved Howling Bells. After four successful albums with the band, the UK-based Australian stepped back from the global tours and high-end studios to embark on an exciting solo endeavour. ‘Strangely Addicted’, his debut album, beautifully utilises electronic and organic instruments, delivering melodic, punchy, infectious tunes coupled with psychedelic soundscapes. Autobiographical lyrics speak of universal themes of life, love and loss. 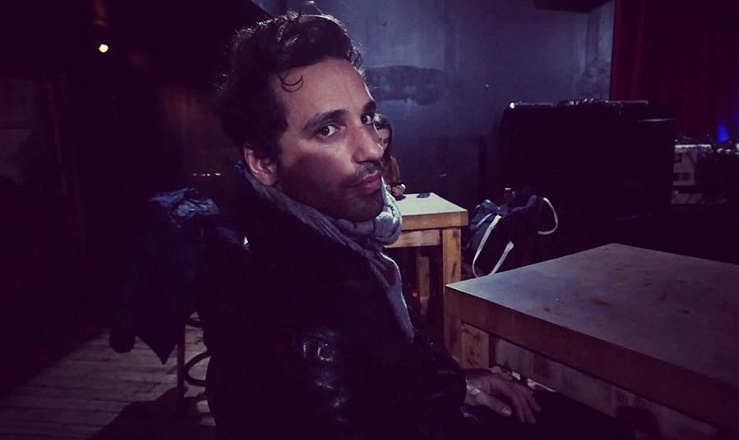 ‘Strangely Addicted’ was recorded and produced by Joel in Las Vegas, at the home studio of The Killers’ bassist Mark Stoermer, where Joel was staying while recording with Howling Bells. There, he discovered a soundproofed room filled with random instruments: tubular bells, a double bass, a three-stringed banjo, vintage guitars and an old Telefunken microphone, on which he recorded vocals for the entire album. Stoermer himself guested on some of the tracks, including playing bass on ‘Summer Rain’, the excellent single released in May, while Howling Bells drummer Glenn Moule also featured. “I took my laptop into that soundproofed room and didn’t really sleep for two weeks,” Joel recalls. “I would wake Glenn in the early hours of the morning to drum on tracks I had just finished. He’d sleepwalk his way to the kit and just nail it every time!”

The finished record, released on Lost In The Manor Records on 10 November, captures the sound of an artist spreading his creative wings. A flourishing that has been further enhanced by the assemblage of a red-hot band transforming Glassmaps into a slick live proposition, whose notable summer ’17 shows have included main-stage support to The Killers at Hyde Park and The Great Escape festival in Brighton. Shortly after its opening multipart harmonies have segued into a mesmerising refrain, it’s evident that ‘Hypnotised’ bursts with hook after hook in the tradition of great symphonic pop from The Beatles through ELO and beyond. “The sonic inspiration varies from classical music to 70’s music,” says Joel. “I was adamant in making a very organic record, I missed the sound of guitars, especially guitar solos.” As infectious and inventive as any of its inspirations, ‘Hypnotised’ flaunts its catchy euphony before throwing in a key-change curveball and culminating in a haze of guitar-driven psych, appropriately entrancing for a song about an encounter with a woman who seems to have cast a spell, one who is “wild and beautiful, so much so that it renders you helpless against her charm”, explains Joel of this elegant and ambitious release.