G.NAX is not your traditional R&B group. The pair is composed of Gene and Mr. Axnt who use an innovative approach as they merge their multiple skills to give us creative and eclectic tunes. Based in Atlanta, Georgia, but originally from Canada, the two members come from distinctive backgrounds. Mr. Axnt is a descendant of the “Tetela” tribe of the Democratic Republic of Congo. He was born in Brussels (Belgium) from Congolese parents. After an abusive marriage, his mother decided to move back to Congo with her sons. Mr. Axnt was introduced in the early 80’s to the rhythms of Congolese music by listening to successful local artists such as Zaiko Langa Langa, Papa Wemba and Koffi Olomide. Even though he was never surrounded by musicians, he knew deep inside that music was his calling. He was drawn to different genres but instantly felt connected to Michael Jackson’s music. Years go by and Mr. Axnt found a way to merge school, home and music. In the early 90’s, Mr. Axnt , as lead singer, along with his neighbourhood friends, created the group KGB Boys. Influenced by artists such as Mc Hammer, Salt n Peppa, Shy, All 4 One and Boyz II Men, the group participated in a renowned nationwide music competition and ended in 5th place. As his keen sense of music and his voice were developing and growing, Mr. Axnt didn’t have any interest for school. This nourished a tension between him and his mother. “I thought school was useless”, he said. This state of mind caused him to spend close to a decade in high school. Mr. Axnt finally graduated with honours in 2001 with a degree in psychology and pedagogy. That same year in August, due to the chaotic war situation in Congo, Mr. Axnt along with his younger brother, travelled to Canada. Montreal was the final destination but a brand new journey was beginning. As he was discovering his new hometown, Mr. Axnt heard gospel music for the first time when he joined the Montreal Intercultural Choir. In 2003, Mr. Axnt was a finalist in the city’s biggest Hip Hop & R&B contest “Montreal Hip Hop 4Ever“. His vocal range impressed the judges and earned him the first place in the R&B category.

Although his name was circulating in the city, Mr. Axnt had a major challenge: he did not speak English. French being his mother tongue, the ambitious singer was determined to sing in English. Mr. Axnt mingled with Anglophones as much as possible which allowed him to practice the language and enabled him to write songs as well. After years of unsatisfying studio sessions, the self-taught songwriter registered in a sound engineering and music industry school in 2005 and graduated a year later. After obtaining his degree, Mr. Axnt possessed the necessary tools and abilities to record himself. Gene, a city girl born in Montreal, was raised in a Haitian home. Her family migrated to Canada in the early 80’s leaving behind the tropical lands of the Island of La Gonave, taking with them the musical heritage of their native home, Haiti. Kompa classics and legendary singers such as Joe Jacques, were constantly played in Gene’s home. As a young girl, she watched her parents perform regularly with the evangelical family group formed by her uncle called “Les Messagers de la Lumiere” in which her mother was singing and her father was playing the guitar. Growing up in a family of musicians and singers, she inherited the passion of music naturally. Her parents noticed her innate talent, when she sang and performed her first composition on the piano at the age of eight. They tried to support the development of her talent, but lack of resources deviated their initial intention. Although Gene was unable to continue her musical development academically, she developed her skills by rediscovering legendary soul artists such as Marvin Gaye, Chaka Khan and Donny Hathaway. Mixing her strong Haitian influences with the sounds of soul, Gene created a sound of her own. Her compositions mimicked the melodies and harmonies of kompa and zouk, while playing chords of traditional soul and R&B. 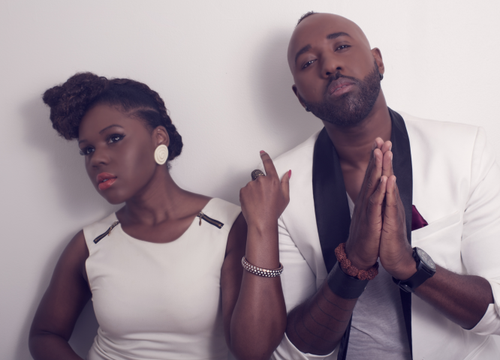