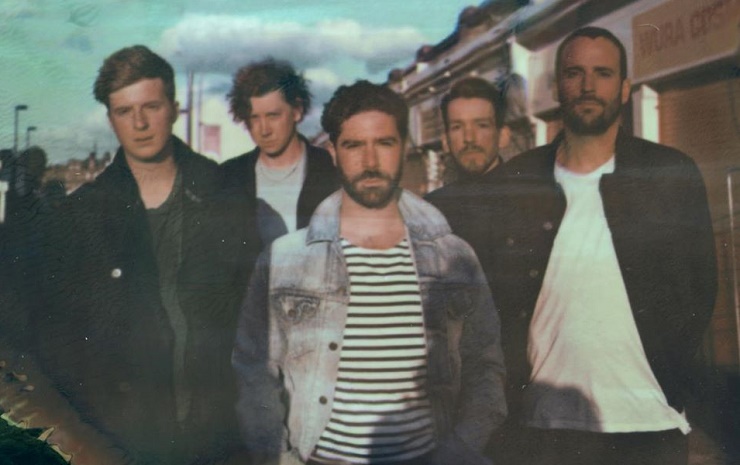 Foals are a five-piece dance-rock band currently living in Brighton. Yannis Philippakis, Edwin Congreave, Walter Gervers, Jimmy Smith and Jack Bevan met in their native Oxford, where they bonded over a shared sense of humour. Bored with the interchangeable electro records they heard at every party, they decided to make the kind of music they wanted to dance to. Frontman Yannis Philippakis is said to have been inspired by themes of “cultural identity, generational anxiety, cynicism, pessimism and heartbreak,” according to a press release. “I wanted to tap into my inner madman,” he says, “and feel like I was channeling some sort of fevered creature.”

Foals: London Thunder Lyrics:
I’m on the red eye fly to nowhere good
How about you?

So one last drink for summer
Always leaving never you

There is no space there is not time
Where’d you draw the line?

I’m on the red eye fly to nowhere good
How about you?