Fallen Legion is an intense action RPG where every battle is a heart-pounding fight and each gut-wrenching choice impacts the realm. Will you restore glory to your homeland or overthrow the monarchy and claim the throne in your name? Fallen Legion+ doubles the intensity on Steam with Fallen Legion: Sins of an Empire and Fallen Legion: Flames of Rebellion bundled together! Embark on a personal journey with Princess Cecille and an enigmatic talking grimoire to restore glory to your crumbling home in Sins of an Empire. Or travel through a ravaged continent with Legatus Laendur in Flames of Rebellion and rally support to take back what the empire took from you. 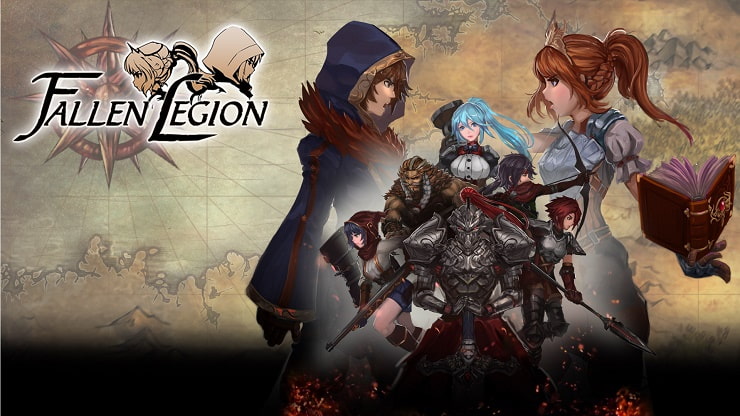 Fallen Legion marries the intensity of action games with the trials of ruling an empire to create a unique RPG where every battle is a heart-pounding fight and each gut-wrenching choice impacts the realm. Embark on a personal journey with Princess Cecille and an enigmatic talking grimoire to restore glory to your crumbling home in Fallen Legion: Sins of an Empire for PlayStation 4. Explore gorgeous, hand-drawn lands inhabited by rival soldiers and ferocious dragons. With a team of living weapons at your side, fight enemy hordes and master devastating combo attacks to defeat challenging bosses with the game’s deep combat system. In Fallen Legion: Flames of Rebellion for PlayStation Vita you control Princess Cecille’s rival, Legatus Laendur, who is leading an army to overthrow the royal family. These stories told on both platforms complement each other to build the rich universe of Fenumia. Rule your Empire between brutal battles and make gut-wrenching decisions that change the fate of your country and your people. Will you blackmail a prince to gain a strength buff or tax a starving village to revive one of your characters? Fallen Legion pushes players to make difficult decisions and witness the consequences of their choices.