Skip to content
Home » Music » Fabolous – Everything Was The Same ft. Stacy Barthe

John David Jackson (born November 18, 1977), better known by his stage name, Fabolous, is an American hip hop recording artist from Brooklyn, New York. His first release was the 2001 Ghetto Fabolous, which spawned the hit singles “Can’t Deny It” and “Young’n (Holla Back)”. His second release was the 2003 album Street Dreams, which spawned the two top-10 hits “Can’t Let You Go” with Lil’ Mo and Mike Shorey, and “Into You”, with Tamia/ Ashanti. He is also known for his songs, “Breathe”, “Make Me Better” from the 2007 album From Nothin’ to Somethin’, “My Time” and “Throw It in the Bag” from his most recent album, Loso’s Way. Fabolous is also signed to Diddy’s Ciroc Management company. Wikipedia®.

Fabolous – Everything Was The Same ft. Stacy Barthe [Official Video]

Fabolous – Everything Was The Same ft. Stacy Barthe Lyrics:
[Intro Fabolous]
Yeah, everything, everything was the same
[Verse 1 Fabolous]
I’m old enough to know better, young enough to not give a fuck
Rather hold my head high and die, then live and duck
I gotta’ set it off Jada Queen and Vivica
The last chick was scared to get that money, I can’t live like her
Got no problem with you niggas, get it how you live it, bruh
It’s a cold world, these mean streets will shiver ya’
All I asks is for the same respect that I be givin’ ya
If not my boy will put the beats on you, Karen Civil ya
That boy be on his shoot first, never mind the trivia
My advice, don’t mess with his man, word to Nivea
We go back to when we got that white from Bolivia
We was candy shopping before 50 and Olivia
That’s when you would go uptown, cause you had to re’ there
Everybody broke back then, you had to repair
Drug dealing was cool back then, you had to beware
That was the 90’s, ya’ll wouldn’t get it, you had to be there
That’s why I’m glad to be here, some of us never made it
It’s hard to get off the ground, ya’ll think I just levitated
Ya’ll think it was all love and nobody ever hated
Ya’ll think cause I stated I never been devastated
All ya’ll see is sunshinin’, think I was never shadedd
Ya’ think these calendar models is all that I ever dated
Nigga, nothing was the same, HOT 97 played it
Everyday they made it that I stayed with 57 played it
Can’t trust nobody, the crib is heavy gated
You ask why? I tell them even heaven’s gated
You know why? Cause when you good the, devil hate it
And even if you heavy weighted people want you feather weighted
Attention I never payed it, me and this clever lady
She brains, do some thangs, then we lay together faded
And while I chill, loaded up a steel
Just wishin’ a nigga would but knowin’ a nigga will
But for real nigga good is how you feel
But soon as a nigga good is as soon as a nigga will
Still, I don’t owe these niggas nothing, put that in a nigga will 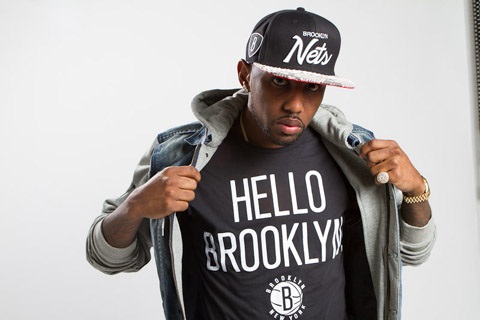