Ewian – Escape. Ewian was formed in March, 2013 by German composer Ewian Christensen, who is responsible for lead vocals, piano, sound composition and majority of songwriting. Their latest album, “Good Old Underground”, is the result of an international cooperation between Ewian (Bonn, Germany), electronic singer/songwriter Fifi Rong (London), instrumental Post-Rock artist James Hrabak (Chicago) and Dark-Pop artist Clemens Engert (Vienna). Their energetic ‘wall of sound’ includes distorted piano, noisy guitars, bittersweet vocal melodies, and solemn string passages – landing them somewhere between Placebo, Sigur Ros and Radiohead. Ewian Christensen was born in Latvia and grew up in Germany, where he was schooled in classical music education. As a juvenile, he discovered his love for experimental music and participated in a wide variety of music projects. At the same time he got in touch with Benjamin Lachance with whom he is making music up to the present. Both are characterized by an affinity for deep and archetypical themes, which essentially influenced the today´s sound of Ewian. “Good Old Underground” is the first full-length release, and focuses on the fringes of society and those who live in it. 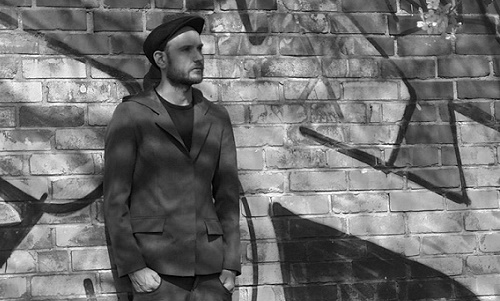