The enigmatic Japanese artist Emufucka, has evolved from the sound of experimental trap, to the graceful world of the cinematic soundtrack. His latest release is limited to just 300, 7 inch, analogue copies worldwide, making this record all the more alluring. Acclaimed by the likes of Wired, Fact and XLR8R, to name but a few, the producer has offered up an unexpected lesson in contemplative brooding, and forward thinking neo-classical music. 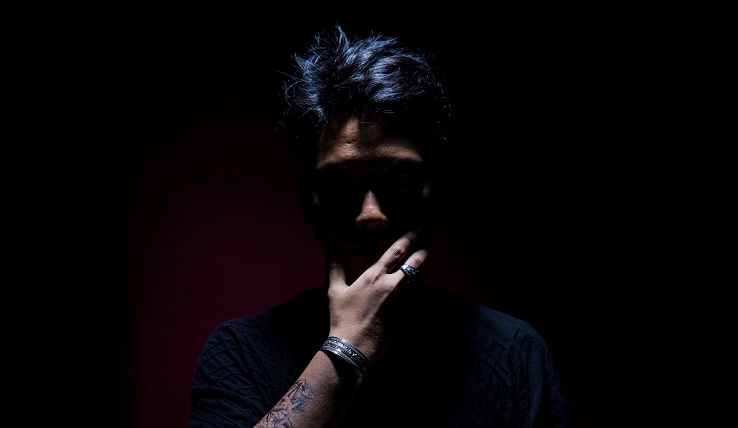 ‘Rosy’ opens with an apprehensive low Cello that holds its deep notes, as it is gently harmonised by humming legato violin strokes that continue to build in notational variety, until a tiny high piano riff breaks the intensity. As the piece progresses, rising crash symbols, and tentative flute melodies are introduced, along with occasional miniature flurries from a harp, whose presence is pleasantly inconspicuous. The introduction draws itself an undeniably intriguing parallel to Studio Ghiblli composer Joe Hisaishi, in particular his work on the film, ‘Princess Mononoke’. As ‘Rosy’ unfolds, images of awe inspiring nature come to mind, themes that run deep in much of Hisaishi’s cinematic compositions. ‘It is testament to Emufucka’s indomitable skill as a musician and producer, that ‘Rosy’ immediately draws such sonic similarities, that it could easily be a world class soundtrack composition in its own right.

From performing at Sonar, SXSW and Ultra Music, festivals, to becoming only the seventh person in Japan to graduate from the Red Bull Music Academy, Emufucka moniker of Takafumi Sakurai has proven his worth time and time again. His latest EP, is an unforeseen and unprecedented change in sound but one that is immediately greeted with vivacious intrigue from anyone with prior knowledge of the producers past work. Aesthetically graceful and musically transcendent, this record t reflects the dynamic wealth of experience Emufucka possesses.

Equally brilliant is the sleeve – designed by the renowned artist, Daniel Castrejon, the limited edition vinyl is itself a thing of beauty. Best known for his distinctive designs for Mutek Festival, his refined, minimalist, yet emotive style marrying perfectly with Emufucka’s latest effort.

Stepping outside the preliminary confines of being labelled a ‘Bass music’ producer, Emufucka has given us a tantalising glance at what he is capable of, and keeps us pleasantly on our toes, in anticipation of his next musical move.