Singer-songwriter and guitarist Emily Kay released her new single ‘Soldier’ taken from her forthcoming EP on 18 August. The single package includes a remix by legendary garage producer Wookie and has received radio play on BBC Radio 1Xtra, Choice FM (Capital XTRA) and Kiss FM to name a few. Emily released her first solo release ‘Hold Me Closely’ back in March 2013, taken from her EP; ‘Emily Kay Unplugged’, which gained support from MTV. Her musical journey began as a youngster in Birmingham, influenced by gospel music, but it was during a trip to New York in her teens when Emily discovered Jazz and decided to pursue a career in music. Combining her love of jazz with acoustic and soul music, Emily found her sound and moved to London. Influences can be heard in her music from Miles Davis, Billie Holiday, Kirk Franklin and Angie Stone. Armed with a truly distinctive voice, Emily has performed at a number of popular music venues including legendary jazz club Ronnie Scotts, Dover St Restaurant & Jazz Bar (Mayfair) and The Cornershop Bar. Emily has won the Unsigned Hype award for Best Female Acoustic Award Winner and was nominated for ‘Best Female Act’, at the 2012 BEFFTA Awards. 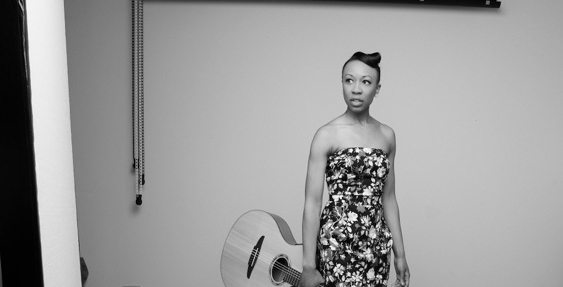