Emily Kay is from Birmingham but residing in London, A Singer-Songwriter, Guitarist with a unique vocal sound is back after she released her first EP entitled ‘Love Came Knocking’ via iTunes in April 2011. Popular songs include ‘Experience Love’ & ‘Hey Good Looking’. Since then, Emily has been busy working on her follow-up long awaited EP ‘Emily Kay Unplugged’ with the lead singles “Hey Good Looking” and “Hold Me Closely”. Recently to date Emily was nominated for ‘Best Female Act’, with the 2012 BEFFTA Award and now a 2012 UK Unsigned Hype ‘Best Female Acoustic’ winner. Emily’s fan base started to grow quickly in popularity with more discovering her sound. Her musical journey began when she wrote her first song around the age of 18. She then sought to gain a new skill and become an established artist when she picked up the acoustic guitar around 5 years ago. She also attended a Singing Musicianship course at Goldsmiths University of London, to further pursue her dream. Although heavily influenced by gospel music at an early age her favorite genre, passion and love is live acoustic music, jazz and soul. Influences include Miles Davis, Billie Holiday, Sarah Vaughan, Kirk Franklin, Aretha Franklin, Angie Stone, Erykah Badu, Lauryn Hill, Norah Jones, Eva Cassidy, Mary J Blige.. just to name a few. Performing at Open Mic events across London, Emily Kay has landed gigs at some of London’s most popular live music venues which include: Legendary Jazz Club Ronnie Scott’s, Dover St Restaurant & Jazz Bar in Mayfair (London) and The Cornershop Bar.

It’s not that easy to find some great soul music nowadays, maybe that’s because Emily Kay has got it all bottled up in her new single, Now or Never. Her new joint is refreshing and gives you that old school, Saturday morning, soul music feeling. But don’t you ever think for a minute that this song can’t hold its own in 2013, as Emily finds a way to deliver an elegant sound, mixed with her heartfelt lyrics. On Now or Never Emily invites her companion to stop playing games and make the final decision to get down or get lost. 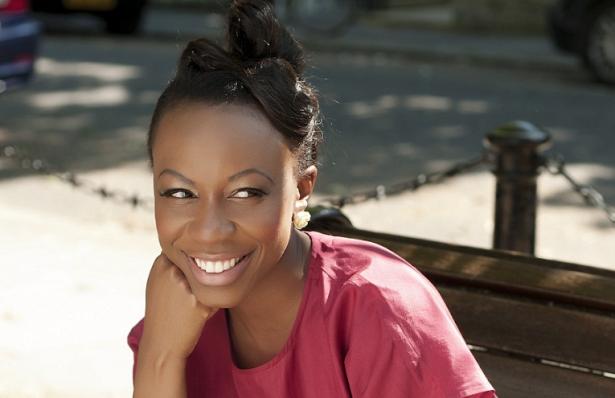