For some, living a dream is a privilege…a blessing, if you will. For others, it’s more of a calling. There’s no doubt that Elle Varner’s creative journey should be filed in the latter category, but even as her destiny unfolds before her, she can barely believe her eyes. Hers was a childhood steeped in hooks and verses, melodies and choruses. Whether flipping through her mother’s Motown collection, singing along to Burt Bacharach classics or accompanying her songwriter parents to their recording sessions, music was an ever-present force. It’s the only life she knew. “Growing up in the studio was absolutely normal for me, but looking back, I realize that it’s not a very common environment for a kid,” Elle says. “At an early age, I absorbed so much about music and learned how to create a song, from beginning to end. My dad always asked for my opinion about what he was working on and I remember my mom would ask, ‘What word should I add here?’ They really empowered me.” With the release of her debut album, Perfectly Imperfect (MBK Entertainment/RCA Records), which she wrote and co-produced, it’s evident that her early experiences have served her well. Crafting the album also proved to be a full-circle moment for the 23-year-old singer/songwriter as she enlisted the help of her parents – Jimmy Varner and Mikelyn Roderick – both of whom contributed their production and vocal arrangement talents and pushed Elle toward, and beyond, the bounds of her creativity. When asked to describe her feelings about the finished product, Elle takes a moment to ponder the question. “I can honestly say that I’m in love with every song on this album,” she says, matter-of-factly.

Leading the 11-song set is the flirty, funky single, “Only Wanna Give It To You,” produced by Pop & Oak and featuring J. Cole. If you have her tell it, the song has taken many shapes and forms since she began writing it as a teenager. At first listen, it seems as though she’s singing about someone special, but then she switches it up real quick. Is she talking about a pair of pumps? Maybe. Maybe not. “I get stuck whenever I try to explain where that song came from because it wasn’t really about anyone in particular,” she notes. “People think different things about it, but I was more focused on playing with the words and nailing the lyrical flips.” Like many songwriters who’ve come before her, Elle admits that ideas reveal themselves in different forms, at different times and places. “I keep my phone on-hand so I can record whatever sound or phrase comes to me because I never know when it’s coming or where it’s coming from,” she says of her creative process. “Sometimes, I’ll just be humming a tune off the top of my head and it will turn into something bigger.” Such was the case with the captivating, “Refill,” a fiddle-friendly song described as a “sultry R&B joint” by MTV Buzzworthy and nominated for “Best R&B Song” at the 2013 Grammy® Awards. 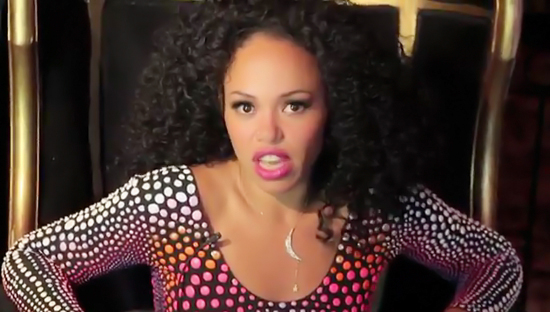 Born in Los Angeles proper and raised throughout southern California’s city limits, Elle, now a resident of Brooklyn, recalls the first time she really heard her own voice – she was nine years old and singing in her church’s youth choir. That was the spark that ignited her drive to pursue the arts. Soon after, she had a short-lived moment with the flute, followed by formal piano lessons. “I wasn’t very disciplined about practicing when I was younger, which I think was a blessing in disguise,” notes Elle, who eventually taught herself to play the guitar and now plays “drums, guitar, a little bass, a little piano and flute. Sometimes, when you know too much about an instrument, you can get lost in that. Everything from me comes from the most basic point of musical understanding.” At 11, she joined the Amazing Grace Conservatory and by 15, she penned her first song, entitled “Thankful,” while studying at the Academy of Music at Hamilton High School. The song, which she played with one string on the guitar, scored the top prize at a local talent show. Earning a coveted spot in New York University’s Clive Davis Program of Recorded Music was further proof that she was headed in the right direction. She has not looked back since. “To be recognized for my talent in a program that only selects 24 students per class, out of thousands, was like, ‘Wow!’ I knew that I had really stepped up to the plate,” says Elle. Shortly thereafter, Elle was discovered by MBK Entertainment, honed her skills even further and eventually released her spotlight debut album in the summer of 2012. Perfectly Imperfect debuted at #2 and #4 on Billboard’s R&B Albums and Top 200 charts, respectively, and eventually won Elle a Soul Train Music Award for “Best New Artist.” The breakthrough album received critical acclaim including a 4-star rating by Rolling Stone Magazine while New York Magazine declared it one of the “Top Ten Albums of 2012.” As a performer the songbird has graced the stage on her own headlining “Perfectly Imperfect Tour” and was invited in the fall of 2012 on Trey Songz’s “Chapter V World Tour,” which included her label mate and Grammy Award winner, Miguel. She would go on to close her rookie year as the opening act on rapper NaS’ headlining New Year’s Eve concert at NYC‘s Radio Music Hall. Continuing to take her place on center stage as she proudly counts the FLOTUS Michelle Obama and daughter Malia amongst her fans, Elle Varner sees no limit to her possibilities. “I think every girl dreams of being famous and enjoying all of the hoopla that comes with it, but at this point in my life, I know like I know my name that this is what I’m supposed to be doing,” she says. “I’ve been blessed with the tremendous gift of music and it’s my responsibility to share it with the world. I see big things in the future.”