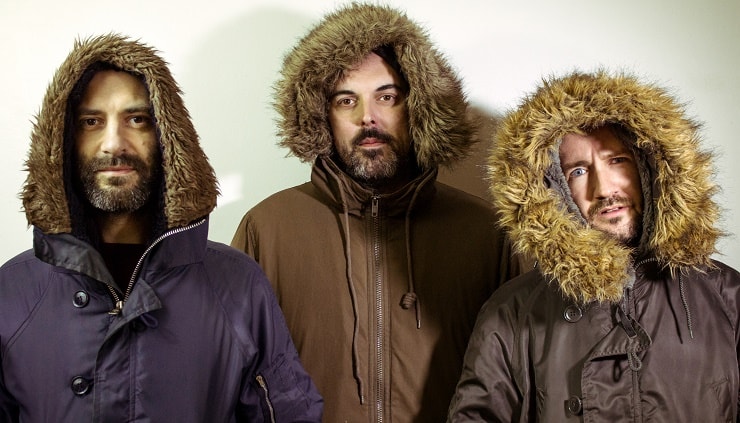 Characteristic of Crooked Teeth’s dancefloor intent and taste for hefty sonics, the colossal metronomic pulse of ‘Mountain Song’ anchors layers of synth that swirl with astral melody runs. It is a song, the band admit, which “really took shape live. We tried to build it into a wall of technicolour noise, a disorienting mirror to modern life, simultaneously energising and mentally overwhelming.” Communicated via a relentlessly infectious vocal hook, the lyrics reflect the daily dichotomy of positive and negative emotions inherent in contemporary urban existence. “We kind of let ourselves live in that confusion, on the edge of collapse,” says guitarist Sam, “picking out the fragments that make sense, the moments of anger or euphoria.”