Every now and then an artist hits the scene by storm, creating shockwaves in their wake and smashing their mark on the industry before it knows what’s hit it. Craig Connelly is doing just that. Label A&R at the world famous imprint of Gareth Emery, Garuda; Craig has shown you don’t need decades in the business to start punching with the heavyweights. He’s gaining support from the likes of Armin van Buuren, Markus Schulz, John O’Callaghan among many more. Craig is also planting himself on some of the biggest line-ups in 2013. February will see him play alongside Paul Oakenfold at Goodgreef’s Full on Fluoro party at Sankeys (Manchester, UK), his debut in Malta and the world famous ASOT600 (Den Bosch, Holland) in April! The last twelve months in music production have been prolific to say the least for Craig Connelly, with no less than 6 Beatport Top 10 selling Trance productions including his first #1 ‘Robot Wars’. His latest single ‘Like Whatever’ landed at number 4 with huge support from the biggest DJ’s in Trance and then came his remix for Tritonal’s ‘Everafter’ which was a fan favourite throughout 2012 with many hailing it as the vocal remix of the year. And let’s not forget his remix of the official #1 Trance record of 2012; Gareth Emery’s ‘Concrete Angel’ which finished up in the Beatport top 5.

Other highlights include his remix for Drum & Bass hero John B, turning the furious ‘Connected’ into a stadium Trance production and also releasing his first compilation ‘Garuda: The Best of 2012’. 2013 Is already shaping up to be huge for him as his debut vocal single is just around the corner. Having already played at the Warehouse Project, The Gallery, HMV Institute, as well as the world renowned Miami Winter Music Conference and with a Beatport #1 accompanied by a fist full of Top 10s under his belt, there’s very little doubt 2013 won’t be the year of Craig Connelly.

Craig Connelly & Christina Novelli – Black Hole Lyrics:
You pull me in
here we go again
and my heart beats faster now
and I don’t know
why I’m powerless
and there’s no way out.

Don’t let go, is all you say
where you go I will follow
I need to break away
now I know, that all we are
Is never enough.

Cause every little thing you do
it drags me deeper into you
you lead me down all the darkest roads
diving in to the black hole.

Said that we could have it all
kept pushing cause you wanted me to fall
now it’s time that you let go
diving in to the black hole.

Its never enough
cause every little thing you do
it drags me deeper into you
you lead me down all the darkest roads
diving in to the black hole. 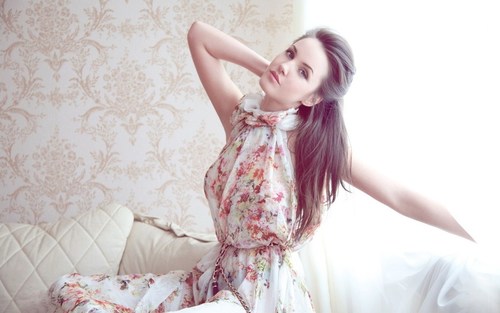