Inspired by the likes of Talking Heads, Friendly Fires and Phoenix, Convaire were first given airtime by local Sydney radio heroes, FBI Radio. Since then, the four-turned-five piece released their first single Gate Track in September ‘10 to national airplay and gushing reviews. Their exceptional reputation was vindicated whilst winning a Triple J Unearthed initiative, which saw the band play alongside Delorean, Kele (Bloc Party) and 2manydjs at Sydney’s iconic dance festival, Parklife. Two singles, an EP, over one hundred shows and a few tambourine shakes later, iconic dance label, Future Classic saw potential in John Towey’s vocal likening to The Cure’s Robert Smith and the energy of the synth-loving Liz Slattery. Cue Dan Talbot on bass and Nick Coppola on drums, and you’ve got what media are calling “a band that wouldn’t be out of place coming off a stage in Brooklyn.”

The New You is available in an EP + vinyl package, which is exciting enough to warrant a shoe shuffle and a couple of hand claps.“…may we commend Convaire – a Sydney pop band not relying on skinny jeans and the worn-out ‘punk’ poses beloved of so many ordinary bands around here at the moment. There are old school synths abounding, but they’re not being used ironically. There are some guitars and hooks as well. They say Talking Heads and Phoenix- can I add last century references like Orchestral Manoeuvres in the Dark and maybe even pre-American/pre-heroin Depeche Mode to the list? Very, very appealing.” – Ross Clelland, Drum Media 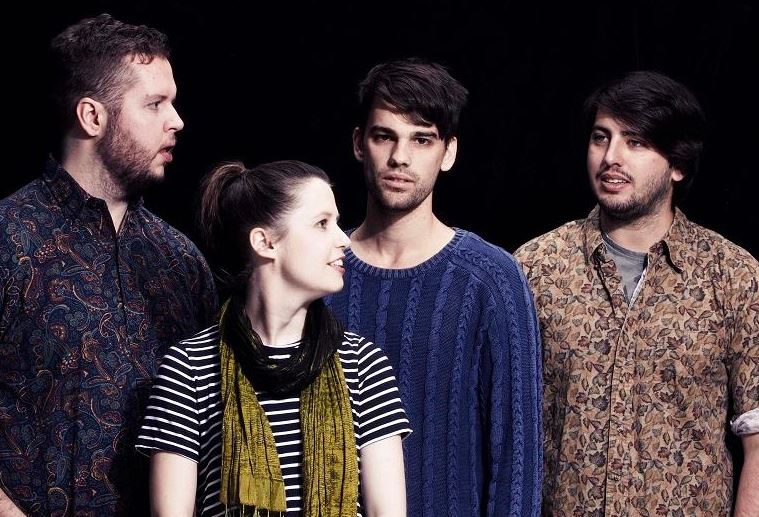