Childcare finished 2016 playing huge shows in front of thousands as part of Bastille’s nationwide arena tour. ‘Made Simple’, their debut EP released in April this year represented an emphatic statement which cemented the adoration of all those newly turned on to the London quartet courtesy of that tour. With a sling of festivals and a recent Radio 1 Maida Vale session tucked safely under their belts this four piece are soon to embark on their first UK headline tour. 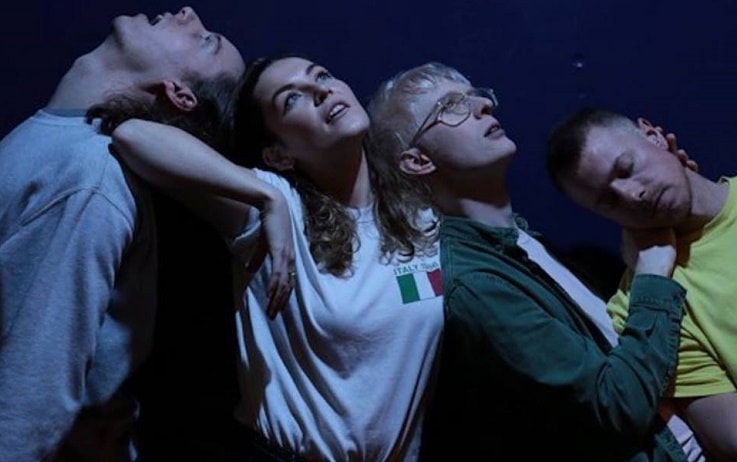 It all started when Ed Cares, one of west London’s most in-demand male nannies, was overheard humming a song he had written, by Katie, aged six, who persuaded him to form a band. Josh, eight, boldly proclaimed: “You’re probably my second favourite artist after Katy Perry.” And so, after sourcing some neighbourhood musicians capable of living up to Josh’s heady billing — specifically Emma Topolski (I cold) on bass, Rich Legate (son of ‘Menthos’ font designer) on guitar and Glyn Daniels (Chelmsford born, Bristol bred) on drums — Ed soon had an able band to perform with under the only logical moniker in the circumstances: CHILDCARE. Having honed their vivid and visceral live show on stages including Reading and Leeds festivals and now some of the land’s major concert venues, CHILDCARE have earned themselves extensive national radio play and enthusiastic coverage from key online tastemakers, as well as having once been heard in Starbucks in Sweden.

Childcare: Getting Over You (By Dressing Up Like You)

Inspired by ‘I should Coco’ era Supergrass and Phil Spector produced Motown shakes, ‘Getting Over You (By Dressing Up Like You)’ is CHILDCARE’s most likely-to-be-featured-on-a-Spotify-playlist song to date, depicting an unorthodox approach to moving on from a relationship break up. Singer Ed Cares eloquently explains: “After being the victim of a polite yet painful breakup, I found myself later that same day wearing one of the skirts of my former inamorata for a video shoot the band was filming. Realising this was an A* creative writing idea for a song, I quickly noted down the title ‘Getting Over You (By Dressing Up Like You)’ in my gmail drafts folder and the song flowered from there.”

Childcare: Getting Over You (By Dressing Up Like You) Lyrics: