Call of Juarez: Gunslinger is a linear first-person shooter game. Like the previous Call of Juarez games, the game consists of completing objectives to progress through the game. Staple gameplay elements of the series such as bullet-time and gunslinger duels make a return. A novel element is the occasional ability to dodge bullets via a quick time event. The player can earn experience points and level up their skills, specializing in either dual pistols, shotguns, or rifles. The game allows the player to carry their accumulated skills over to replays, so they can eventually fully master all categories.

Scattered throughout the game are collectible secret items called “Nuggets of Truth”, which recount the historical truths behind Silas’ tales. The story levels are flashbacks of the life Silas Greaves, who is an unreliable narrator. As his audience challenges the lies and inconsistencies in his tales, Silas revises his story, which results in abrupt changes to game environment (such as the sudden appearance and disappearance of an Apache army). This mechanic allows the game to recycle sections of the game with minor alterations. Aside from the Story mode, there is an Arcade mode wherein the player can fight off waves of enemies and a Duel mode where they can have a series of classic gun-slinger showdowns…. From Wikipedia, the free encyclopedia. 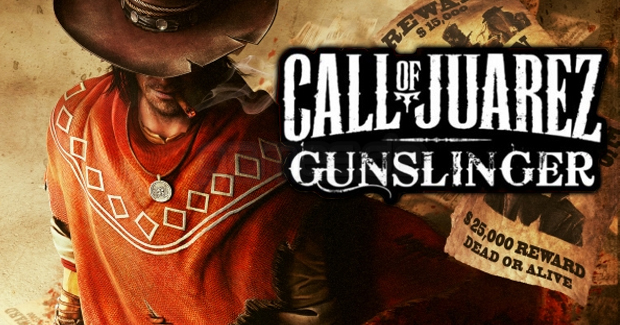 Call of Juarez – Gunslinger Trainer (+7) Options:
With this new Call of Juarez: Gunslinger Trainer you will be able to instantly make use of the Infinite Health, Unlimited Ammo, No Reload, Unlimited Dynamite, +5.000 Exp. Points, Instant Concentration and unlimited Concentration in-game cheats that will prove to be more than useful. Note: This new trainer is for the v1.0.5 version of the game!