Boston is an American rock band from Boston, Massachusetts that achieved its most notable successes during the 1970s and 1980s. Centered on guitarist, keyboardist, songwriter, and producer Tom Scholz, the band is a staple of classic rock radio playlists. Boston’s best-known works include the songs “More Than a Feeling”, “Peace of Mind”, “Foreplay/Long Time”, “Rock and Roll Band”, “Smokin'”, “Don’t Look Back” and “Amanda”. They have sold over 31 million albums in the United States, of which 17 million were for their self-titled debut album and 7 million were for their second album, Don’t Look Back. Altogether, they have released six studio albums. Boston’s 6th album was released on December 3, 2013, by Frontiers Records. Life, Love & Hope includes lead vocals from Brad Delp, Tommy DeCarlo, Kimberley Dahme, David Victor, and Tom Scholz. Work on the album started in 2003. On 11th December 2013, Boston released a Christmas song, God Rest Ye Metal Gentleman. Wikipedia®.

Boston – Heaven on Earth Lyrics:
Once I thought life was easy
I thought love would be enough
Now I can’t believe I’m on my own
I’m leaving on a jet plane
I waited in case you changed your mind
You’re all I can see when I’m all alone
(Oo-oh)

Heaven on Earth (couldn’t we talk about it?)
I didn’t know what to say
For what it’s worth (I can’t go on without you)
I never wanted to see you walk away

The sky is dark and angry
But I don’t feel the rain
It’s all the same, I miss your touch (O-ooh)
I feel like running somewhere
But I can’t loose the pain I feel
I’m so far away; I’m still in love
(Oo-oh)

(Hey) Love should be enough. Hey! 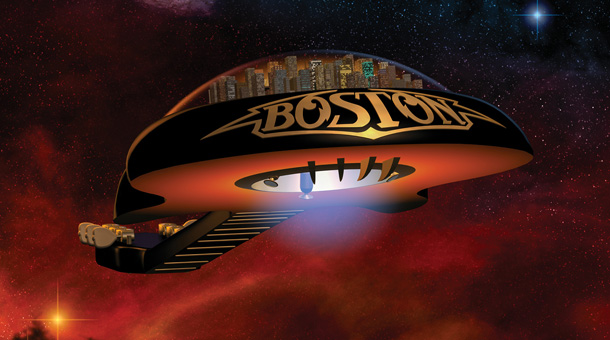