Skip to content
Home » Music » Bosson feat. Elizma Theron – One in a million

“One in a Million” is a single released from the album One in a Million by Swedish artist Bosson in 2000. The song was part of the soundtrack for the 2000 movie Miss Congeniality and was nominated for a Golden Globe for “Best Original Song – Motion Picture”. It became a Top 10 hit in Europe and Asia in 2000 and 2001. Bosson (born Staffan Olsson on 21 February 1969) is a Swedish singer-songwriter. He first gained nationwide fame in Sweden when he imitated Michael Jackson in the first season of Sikta mot stjärnorna, performing “Black or White” and winning his semi-final. His big break as a solo artist came when composing and performing the song “One in a Million” from the album One in a Million which became a Top 10 hit in Europe and Asia in 2000 and 2001, which also appeared in the movie Miss Congeniality. He wrote it to his then girlfriend Jessica Olérs, Miss Sweden 1998, and was nominated for a Golden Globe. Two years later the successful follow-up Rockstar was released, and in June 2007 he released his fourth album Future’s Gone Tomorrow / Life Is Here Today. He served as an opening act for Britney Spears during her tour in 2000, and has toured with Kylie Minogue. He has also written songs for Amy Grant and the famous guitarist Al Di Meola. As well as in his native Sweden, Bosson has achieved huge success and toured extensively in countries like Russia, Ukraine, Belarus and Kazakhstan. He also performed with Dima Bilan. His stage name comes from the fact that his father’s first name is Bo – hence he is Bo’s son. Wikipedia®.

Bosson feat. Elizma Theron – One in a million

Sometimes love can hit you every day.
Sometimes you can fall for everyone you see.
But only one can really make me stay.
A sign from the sky.
Said to me.

I’ve been looking for that special one
And I’ve been searching for someone to give my love
And when I thought that all the hope was gone
A smile, there you were and I was gone

I always will remember how I felt that day
A feeling indescribable to me
Yeah
I always knew there was an answer for my prayer
And you, you’re the one for me 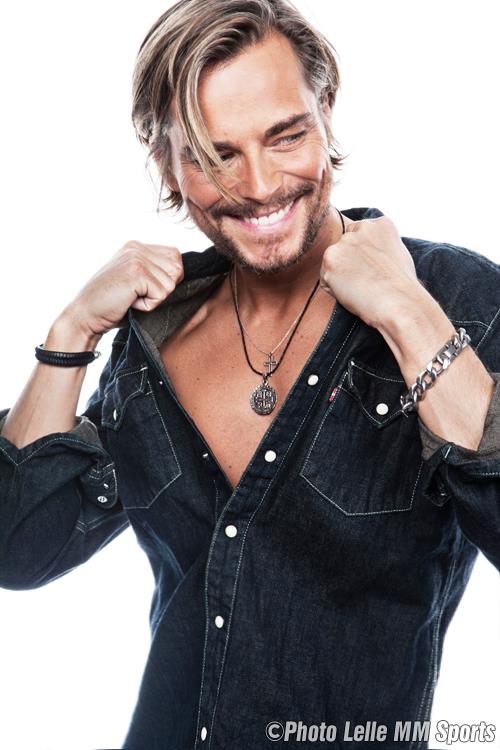