Bosch is an American police procedural television series produced by Amazon Studios. It stars Titus Welliver as Los Angeles Police detective Harry Bosch. The show, developed for Amazon by Eric Overmyer, takes its inspiration from three of Michael Connelly’s novels: City of Bones, Echo Park, and The Concrete Blonde. It is one of two drama pilots Amazon streamed online in early 2014. Viewers were allowed to offer their opinions about the pilot before the studio decided whether to place a series order. On March 12, 2014 Amazon.com ordered a full season to appear on Amazon Prime and the season premiered on February 13, 2015. On March 18, 2015, Bosch was renewed for a second season, which will take inspiration from Connelly’s novels Trunk Music, The Drop, and The Last Coyote. The second season will premiere on March 11, 2016. Wikipedia®. 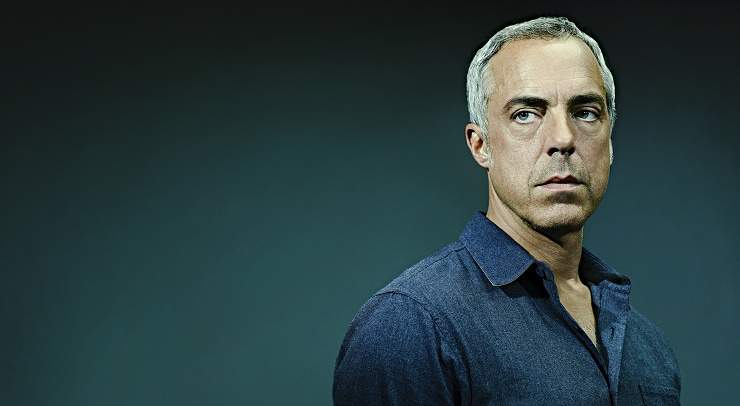 Based on Michael Connelly’s best-selling novels, Harry Bosch, the tenacious LAPD homicide detective, is back on the job after an involuntary leave of absence. His first case back on the job may prove his biggest challenge yet, as he follows a dangerous trail of corruption and collusion, one that uncovers the dark side of the police department and threatens Bosch’s relentless pursuit of truth.

The storyline of the TV series revolves around Harry Bosch (Titus Welliver), an LAPD homicide detective and a former Vietnam veteran, who is truly obsessed with his work. As for his nature, Harry is a secretive and unsocial person. Among the variety of entertainments, he prefers only Jazz. His whole life is focused on his job, especially one unsolved case, which mostly worries him. A 13-year-old boy once was killed by a serial killer and thus Harry struggles to solve this crime. However, his situation is complicated by the fact that Harry himself is accused of murder and thus he has to prove his innocence conjointly with his investigation.