Borderlands is an action role-playing first-person shooter video game that was developed by Gearbox Software for PlayStation 3, Xbox 360, Microsoft Windows and Mac OS X. It was first revealed in the September 2007 issue of Game Informer magazine. The console versions of the game were released in North America on October 20, 2009, and were released in PAL countries on October 23. The console version release for the Japanese market was made available on February 25, 2010. The Windows version was released on October 26 for North America and then on October 29 internationally. The Mac OS X version of the game was released on December 3, 2010 by Feral Interactive.[8] A sequel Borderlands 2, was released on September 18, 2012 in the U.S. and on September 21 in other countries. 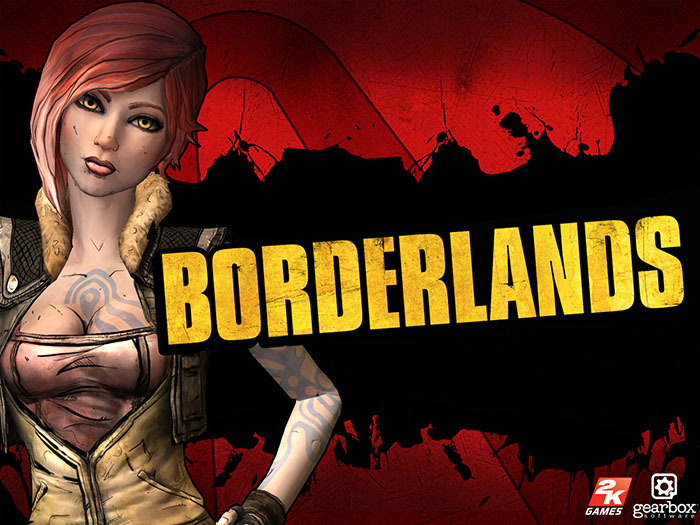 Borderlands is set on the planet of Pandora. Lured by its apparent vast deposits of minerals, several colonization ships sponsored by the Dahl Corporation (one of several diversified mega-corporations that appear to control and govern entire planets) journey to the planet and build settlements there. The mining operations are cost-effectively manned by large amounts of convict labor brought to the planet by Dahl. Prior to the events of the game, one of the other mega-corporations, the Atlas Corporation, found an ancient vault on nearby planet Prometheus, filled with advanced alien weapons technology that allowed them to rapidly overtake their competitors. The presence of similar alien ruins scattered across Pandora spurred Atlas to settle the planet in hopes of finding more alien technology. However Atlas failed to realize that Pandora was in its winter cycle, and the arrival of spring unleashes hordes of dangerous alien wildlife coming out of hibernation. Unable to find any alien technology, Atlas abandoned the planet. The Dahl Corporation then settled on Pandora, starting massive industrial mining operations while undertaking their own search for a vault, headed by Patricia Tannis, a respected xeno-archeologist. Despite all of her colleagues being killed by the planet’s wildlife, and being driven partially insane herself, Tannis managed to find proof of a vault on Pandora. News of her discovery reached Atlas, who sent their private military force, the Crimson Lance, to capture Tannis and get the vault’s location from her. Faced with an invasion, those who are rich and important enough leave the planet, with Dahl abandoning the rest of the population to scavenge for their living in isolated settlements in the barren wastelands and industrial trash heaps across the planet. To make matters worse, the Dahl Corporation simply opened the gates of the prison labor camps during their departure, and gangs of bandits terrorize the populace. Despite Dahl’s failure to find it, “The Vault” lives on in legends, attracting mercenary “Vault Hunters” to the planet. Wikipedia®.