Skip to content
Home » Music » Attic Empire – Between The Tides

Attic Empire are a dynamic 6-piece space funk musical collective from Los Angeles California. Fusing ska, indie rock, soul, funk and jazz, the large ensemble packs serious talent with a rhythm and horn section both sonically and visually impressive. Consisting of Tyler Connaghan (lead vocals, rhythm guitar), Nick Aguilera (lead guitar), Brandon Shulkin (bass), Robert Conrad (drums), Gabe Joven (trumpet), and Mowi Debretsion (tenor saxophone, keyboards), the band was formed by the members while still in high school for the 2011 Battle of the Bands at House of Blues Hollywood. Within a year of formation, the group quickly gained attention from renowned industry execs including famed producer/engineer Carlos de la Garza (Young the Giant, Tegan and Sara) who worked with the band to record a couple of singles in early 2012. 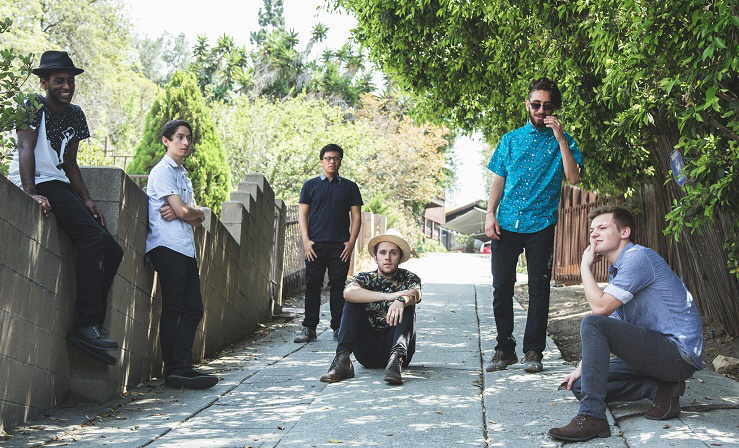 After touring extensively playing festivals and popular venues throughout California, Attic Empire went back to the studio in 2015 to create a high energy four song EP entitled “Astro Getaway”. The end result was what they called “space funk”, “funk” because of the rhythm and vibes, and “space” because of the atmospheric sound that one wouldn’t hear with most funk bands. Tracks include “Between the Tides” featuring a blazing horn section with layered vocals and the catchy single “Astro Getaway”. “Flash” embodies Attic Empire’s full ska sound with traditional funk bass but yet atypical guitar riffs. The EP concludes with the beautifully poignant indie ballad “Hands Unto The Sun” which takes listeners on a sonic journey of sound.

Attic Empire – Between The Tides

To kick off the new EP, Between the Tides takes you on a journey through the vibes of great old funk legends and still has the width of a whole new genre. Stacked with syncopated rhythms and grooves, this track is bound to make you dance.

Attic Empire – Between The Tides Lyrics:
Waiting in a river of solitude with a finger gun at heart
Laced up with nowhere to run except back to the start
Sleep she’s yet to find me and my sheets they seem to bind me like a noose
Memories the bite me like an unfed lion might if he was loose

And he saw her walking by along the shore with his roses by her side
And she said to him, “Forever is never more than a reason for goodbye”

California is getting morbid, without her love it ain’t the same
Counting clouds through different window panes
Every time I close my eyes I see this woman in disguise; a silhouette that shares her name
Sweet, simple light, the way she kisses me good night.
In fact I feel her waves beneath my spine
And over fear lies fantasy, a single ship between the seas.
The ocean’s canopy it breathes it beats