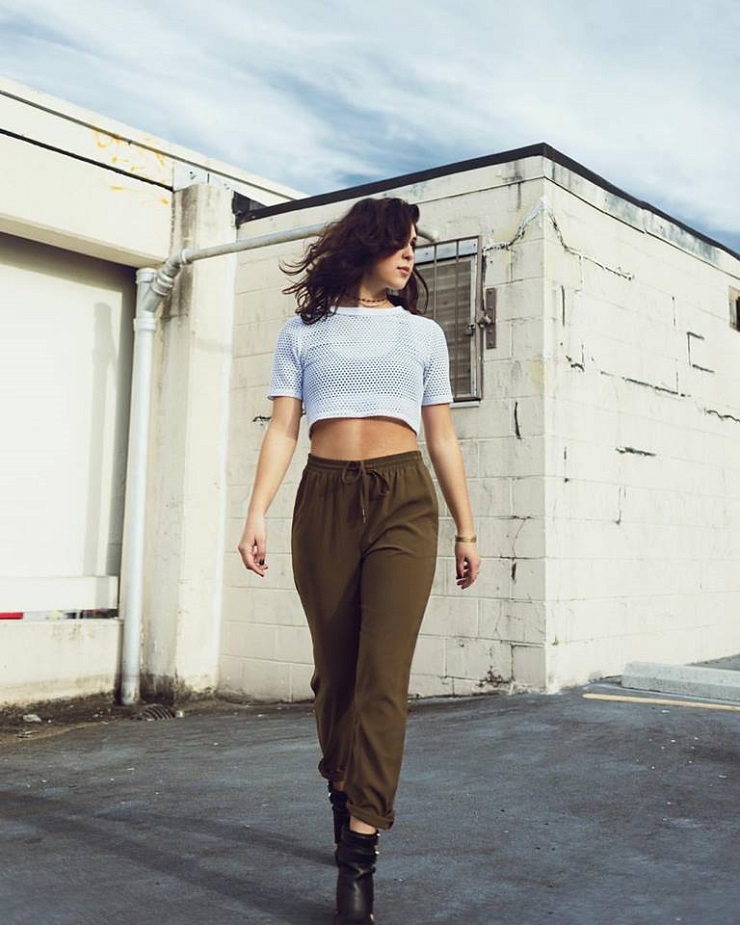 “Music is a unique language, but one that everyone can understand and relate to.” says Ashley, “It bridges the gap between words that can’t be said and feelings that can’t be evoked. To be able to speak that language and share that experience with people is the most incredible feeling.”

Ashley Leone is a Philly native whose hometown musical roots have influenced the R&B/Pop sound that defines her. “There is a plethora of rising artists now putting themselves and their work online, but there are certain hardworking stars who rise above the rest,” says Acentric Magazine. “Ashley Leone is one of these artists, using her stunning songwriting abilities and her soulful voice, reminiscent of some of the greatest R&B artists in history, to skyrocket her to a position where she’s set to be a future superstar.”

Relocating to Nashville in 2014 was another big step for this 20 year old. “I’m constantly inspired by the world around me and my songs grow from a combination of personal experiences or something as simple as noticing something in nature around me,” Ashley said. “Some of the artists I gravitate towards for inspiration include Amy Winehouse, Lauryn Hill, Beyoncé, John Legend, Alicia Keys, Chance The Rapper and Kehlani.”

Songwriting is a very personal experience for Ashley. “My songwriting and live performances allow me to express my feelings in a way that in my own personal life, I would usually keep at arm’s length.” Ashley continues, “It is the best therapy for me to deal with my own emotions, share these feelings with others and make a human connection on a different level.”

In May of 2016, Ashley released her debut EP, SugarCoated to rave reviews. “Ashley Leone’s ‘Sugarcoated’ is the Pop/R&B EP you have been waiting for,” says Isabel Baldinger from Celebrity Secrets. Kat Cameron of Big City Thoughts says “Ashley Leone has done it and did it fresh. ‘Sugarcoated’ is complete feel good grooves, so good you could cry to them at the same time.”

When Ashley isn’t writing, recording, and playing live shows you will most likely find her in just about any coffee shop around town.