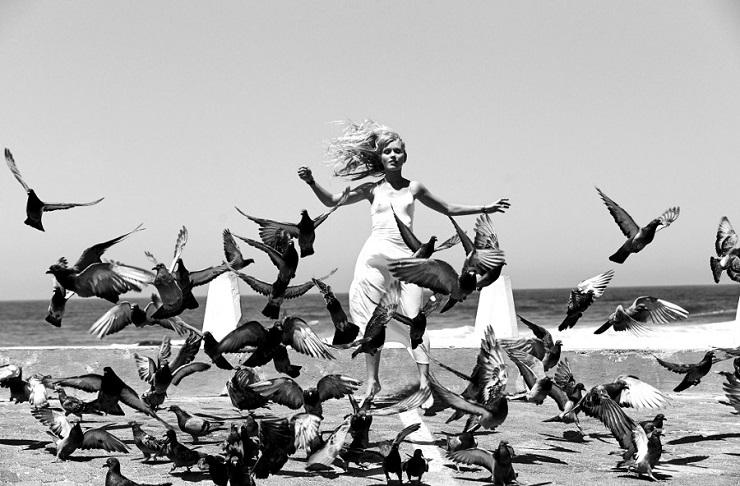 Although she’s just a bit over 20 years old, Alice Phoebe Lou has been writing and performing for a few years now, orbiting between South Africa and Europe, busking on the streets of Paris, Amsterdam and Berlin.
Quite appropriately, her debut full-length album is called “Orbit”. Written and recorded between her current home Germany and her motherland South Africa, and released at the end of April, the record shows Alice’s sublime songwriting at its fullest.
Powerful but never aggressive vocals, memorable but never too insistent themes, rich sound with a major brass input – it’s literally impossible to choose any highlights among the 9 tracks that make up “Orbit”.

She certainly won our hearts with “Red”, posted first on Soundcloud a few weeks ago, which is without doubt among the prettiest things released this year yet.
But then there’s a recent eponymous single, an elegant waltz that Alice released in two enchanting versions. First as an official video directed by Romain Vennekens. And just yesterday in a fantastic live recording (see below) that will make you want to you see her on stage immediately.
That last thing might actually happen as Alice is starting her proper tour around Europe right now. She’s visit Germany, UK, Ireland, Belgium, Sweden, Norway and Denmark, and a bit later Switzerland. See you in the front row?