Alan Wake’s American Nightmare is a psychological horror video game developed by Remedy Entertainment and published by Microsoft Studios. The game is a downloadable follow-up to its predecessor, Alan Wake, but is not a sequel. The game is an Xbox Live Arcade title and was released on 22 February 2012 worldwide. A Microsoft Windows version was released on 22 May 2012 in North America, 29 June 2012 in Europe and 15 November 2012 in Australia. Alan Wake’s American Nightmare makes use of the same combat mechanics found in the original Alan Wake: Alan has a flashlight, which must be focused on enemies before firing weapons at them. American Nightmare is more battle-focused, containing more ammunition and a wider variety of weapons, including a machine gun, a nail gun, a crossbow, and flashbangs, among others. Some weapons are unlocked via cases found throughout the maps, which each require a certain number of acquired manuscript pages to open. Collectible pages were also featured in the original Alan Wake, though they had only served to provide an additional story element. The game also features an arcade mode, where Alan is set against increasingly difficult waves of enemies. New arcade maps are unlocked as they are successfully beaten, while available weapons are determined by the number of pages that have been recovered in story mode. Wikipedia®. 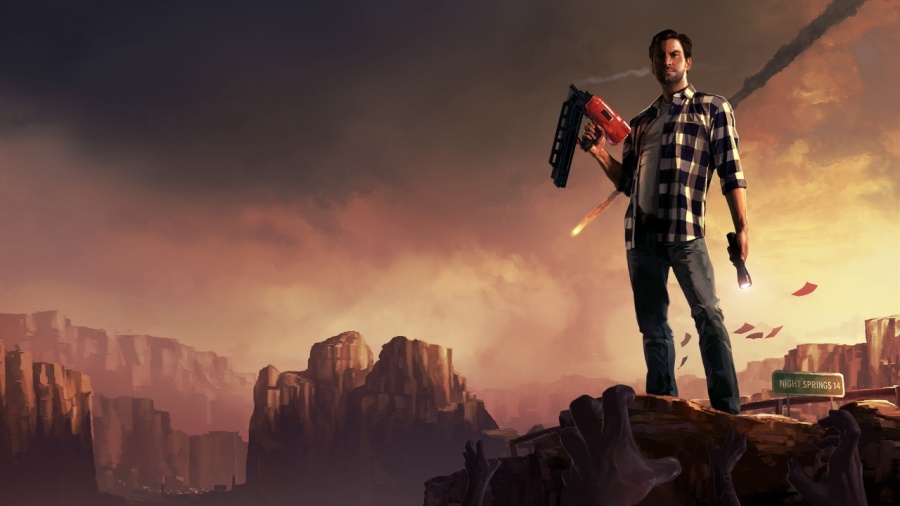 Alan Wake’s American Nightmare is a action-thriller title in the Alan Wake franchise. The game was confirmed to be in development by Remedy Entertainment on 10 May 2011 and was released on 22 February 2012 as part of Xbox Live’s House Party and was released on 22 May 2012 for PC. American Nightmare is set as an independent game and does not reflect on the major storyline of the franchise. It only exists to broaden and expand the universe and while this may not be Alan Wake 2, Remedy have assured that this is not the last Alan Wake game and that there is another game in the works.

Alan Wake’s American Nightmare Trainer (+8) Options:
This is a cheat that will provide you with: infinite health, unlimited stamina, unlimited ammo, no reload, unlimited flares / grenades, unlimited flashlight energy, unlock weapon chests and unlimited batteries. NOTE: This trainer will only work with the 1.03 (1.03.17.1781) version of the game.