Act of Aggression is a 2015 real-time strategy game developed by Eugen Systems and published by Focus Home Interactive. The game is considered to be a spiritual successor to Eugen Systems’ 2005 game Act of War: Direct Action. Set in the near-future, Act of Aggression is an explosive techno-thriller real-time strategy game hailing from the Golden Era of RTS. With three global super-powers, there can be only one victory. Across three distinct factions each armed with the greatest modern and prototype military weaponry, head into some of the world’s most volatile conflict zones, building bases for mass production, establishing resource supply lines, and waging war in Eugen 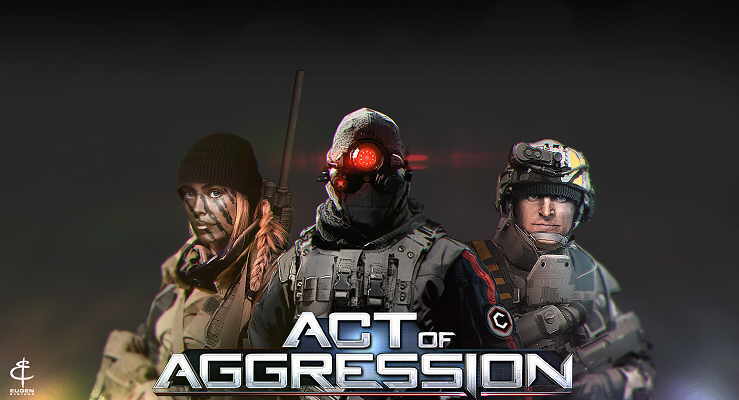 Systems’ explosive RTS. Build and manage the cogs of war in a return to strategic base-building, resource harvesting, and dynamic tech-trees. Capture banks and enemy soldiers to generate cash income. Upgrade units with specialization and unlock new skills. Embark on an epic single player Campaign with a thrilling original story, and fight throughout the world on realistic environments. Compete online in visceral PVP battles and become the best commander! In a world facing ever-looming global instability, will you repel or engage in an Act of Aggression?