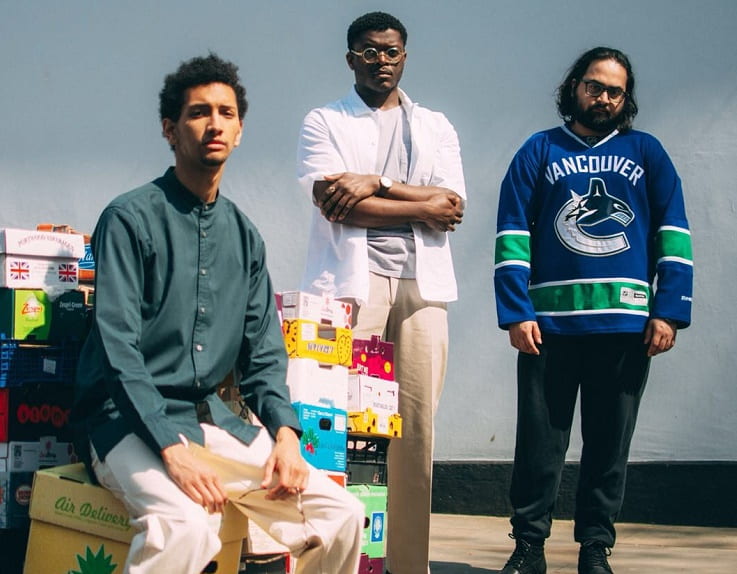 Newcomer Majella also contributes to the track, lending his mellifluous vocals to a hook peppered with astrological symbolism; “I told you, you are my precious one, ‘til the sky grows old and the moon sees the sun”. Whilst fusing a Wurlitzer and an electric piano, the group’s producer Ranbir unifies pacifying bass riffs with crisp, evocative drum beats, enabling the mellow tune to create a warm, summery vibe.

The three founding members, all hailing from Rugby and South London, met during their school years having bonded over a joint love of music. Citing various influences including Erykah Badu, Ty and Madlib, the group spent the summer of 2016 honing their craft of thematically-driven rap; it’s this dedicated nature that has gained them support by the likes of Dummy, The 405, Dazed as well as Jamz Supernova on BBC Radio 1Xtra. Since releasing singles ‘Home’ and ‘Fall’, the group have found themselves on Spotify’s ‘Alternative Hip Hop’ and XL Recording’s ‘XL Play’ playlists, proving that 2U4U are transforming fame with their unflawed, soulful sounds.