Elizabeth T. Wyce Bingham a.k.a. Yummy (born January 7, 1986) is an American R&B/hip hop singer, songwriter. She sings soprano with a 4 octave range. The godchild of both R&B legends Chaka Khan and New Jack King Aaron Hall, Yummy Bingham has been surrounded by music since her birth. Her father, Dinky Bingham is a noted musician, singer and producer who is responsible for hits from Changing Faces, New Edition, Kylie Minogue and Jaheim. Her father being always on the road, Yummy grew up with her mother until age 10 when she was taken away due to allegation of abuses. She was put into her grandparents care in South Jamaica, Queens, New York. Because of the living conditions she was under with her mother, and going through custody battles and being pulled left and right by her family, it caused her to become an impulsive type person experiencing a tumultuous few years as a wild child, from 10 to 14. At 15, her father and stepmother got her again. Bingham moved to Dix Hills, New York on Long Island, and started to enjoy stability. Wikipedia® 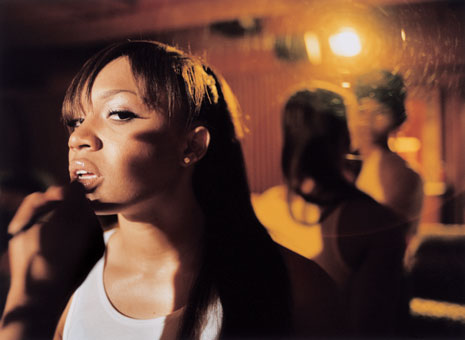