Ys returns with a brand new adventure for the first time in 8 years! Adol awakens shipwrecked and stranded on a cursed island. There, he and the other shipwrecked passengers he rescues form a village to challenge fearsome beasts and mysterious ruins on the isolated island. Amidst this, Adol begins to dream of a mysterious blue-haired maiden living in an unknown world. Join Adol as he unravels the riddle of the cursed isle and the blue-haired maiden Dana in Ys VIII: Lacrimosa of DANA! 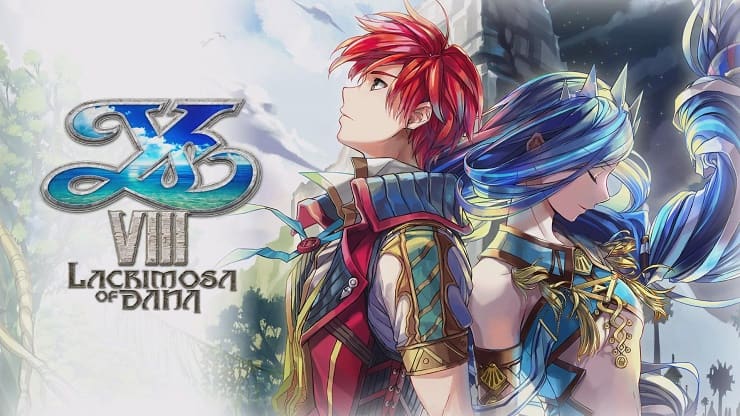 In Adol’s diary, this game covers his adventures before the events of the Ys Seven because of Altago and Romun Empire still at war. By the archipelagos of the Gaete Sea located in south of Greek, Adol is on a passenger ship called “The Lombardia” that is headed from Xandria to the continent of Eresia. He and Dogi were recruited as a crew for the ship in exchange for their boarding. The ships Captain, Captain Barbaros, told a story of the Isle of Seiren being a cursed place where ships get missing while passing its perimeters. However, at a rainy night when guests were welcomed on the ship at a feast, the Lombardia was attacked and sunk by a giant creature which Adol fought but failed to do so and drifted ashore of the Isle of Seiren. Curiosity aside Adol started to venture the mysterious island to search for other survivors and as destiny with him gets involved into solving the hidden secrets of the place.