The very day Yelawolf was born, his teenage mother strapped him into a stroller and rolled him around the mall. The first week of his life, she took him to house parties, and by the time he left high school, the family had roamed to so many towns that Yelawolf had attended 15 different schools. “I really never ever stopped moving,” he says while driving around Nashville, his home of the past three years. “That’s my life story in a nutshell.” With his latest release, Love Story, perhaps he can finally downshift. Since 2010’s Trunk Muzik, his career has been on the fast track. His appearance—his tattoos include a catfish swimming down his forearm and “Heart of Dixie” stamped on his stomach—and raps about Appalachian meth dealers might’ve made him a novelty act. But his rapid-fire delivery and intense live show ensured no one considered him a joke. As Pitchfork marveled, “Yelawolf is a powerful new rap voice, one that draws from all over the map without sounding much like anyone else.” Interscope Records agreed and within three months, he had a major label deal. Later that year, the tape was re-released as Trunk Muzik 0-60, and Rolling Stone praised him as “an MC whose liquid flow breathes life into genre clichés.” In January 2011, he signed to Eminem’s Shady Records, and his fan base grew even more rabid. Yet Wolf wasn’t satisfied. 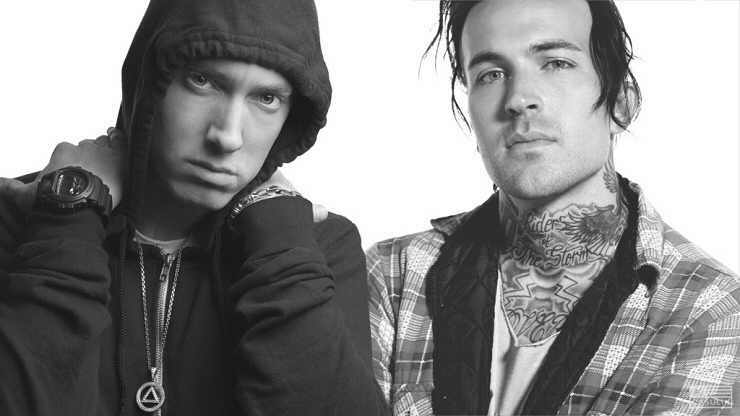 “The mullet and Three 6 Mafia. How do you make that work?” he says. “What I’ve always been trying to do is figure out how to make that into a good mixture of music.” Yelawolf was born Michael Wayne Atha in Gadsden, Alabama, where his two musical loves grew organically. His mom dated a sound engineer, and Wolf remembers being onstage at age six with Dwight Yoakam, and Run DMC coming by his house to party after their local show when he was seven. “I woke up in this trailer park and figured out what was ironic about who I was and where I was from wasn’t that what I was experiencing was new. It was just that I recognized the extreme of it,” he says.

After being homeless in Berkeley and working on a ship off the coast of Washington state, Yelawolf landed back in the South and started making mixtapes. He was purposefully rowdy, wearing head-to-toe deer hunting camouflage and gold teeth. In Atlanta, Wolf and his friend Malay (the producer who later won a Grammy for Frank Ocean’s Channel Orange) started a “futuristic country hip-hop rock band” that included both a DJ and a black fiddle player. Their self-described “arena rap” became popular in Atlanta, pulling huge crowds as well as the attention of Lil Wayne and L.A. Reid. But their idea was ahead of its time and fizzled. Wolf was poor, and his now ex-girlfriend and their child were still living in Gadsden. Running out of options, he returned to Alabama with producer WLPWR. “We got an 8-track recorder in the back of this shitty house in this factory neighborhood worthy of any Harmony Korine film, and we wrote Trunk Muzik front to back,” he says. He hustled back to Atlanta to record it, and the tape that set his career ablaze and resulted in his working with legends like Bun B and Big Boi was completed in all of a week and a half. 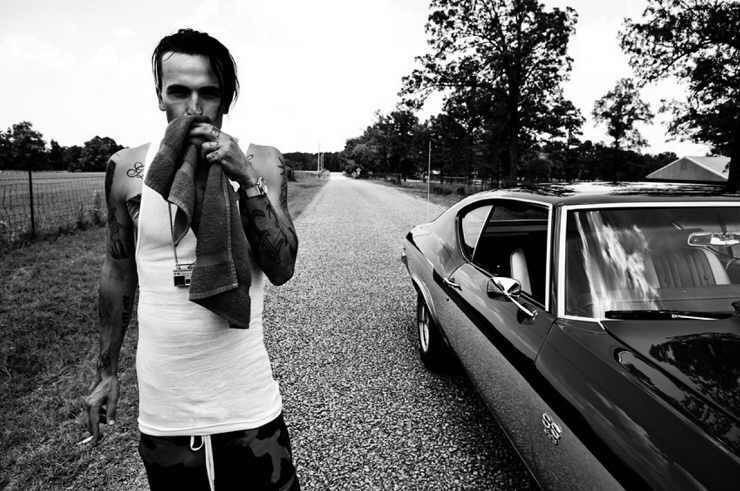 “I became that shit. I saw the power in it. [And] I felt fulfilled,” he admits. “But I always knew, ‘Wait ‘till they hear the shit I did with Malay.’” At long last, they’re listening, and the response is as positive as he always believed it would be. Recorded entirely in Nashville’s Blackbird Studios and executively produced by Eminem, his passion project—fittingly titled Love Story—is a rootsy, country-tinged rock album brimming with strong lyricism. Finally, he’s struck the right balance. “I’m not reinventing the wheel. It’s nothing Kid Rock hasn’t done,” he says. “But what is new is my deep appreciation for lyricism in hip hop, [my desire] to be a great lyricist. And a deep appreciation for outlaw country, for raw classic rock. I started to learn how to blend concepts together.” Indeed he did. The album’s first single, “Till It’s Gone,” is a driving barn burner of a song elevated by Wolf’s melodically sung hook. Radio friendly without sacrificing its soul, it’s an undeniable smash that’s in line with the country’s recent obsession with the culture of rural American life. In fact, “Till It’s Gone” premiered last September on the wildly popular FX drama Sons of Anarchy. “It might be simple, but when I decided to put down sneakers and throw on some boots … it feels like I’ve come full circle … riding Harleys with my Dad … it all makes sense, ” he says. A smile enters his voice. “It’s the biggest exhale.”

Yelawolf – Best Friend (feat. Eminem) Lyrics:
[Verse 1: Yelawolf]
Ain’t never been much of the church type
But I believe in the last days
I walk through Hell almost every night
But I believe it’s a pathway
Say boy, what you doin’ with your life
With those tattoos on your face?
Say boy, you know that you’ll pay the price
Well, I guess I’ll see when I head that way

[Verse 2: Yelawolf]
I don’t know much about Holy Bibles
But I grew up in the Bible Belt
I put my love for a woman on idle
Because I got beat with my mama’s belt
But I learned from my mistakes
Try hard to respect people for what they believing in
But if you spit on my fucking grave
And wish me Hell then I wish you well
I’mma send you straight up to my best friend

[Verse 3: Eminem]
God, please could you arm me with the armor
To calm me when there’s drama like Gandhi?
Could have gone the other way many times
Could have turned Dalai with the lama
But I squashed my beefs and things seem to be looking decent
Recently, but don’t jinx it
It’s like Clint Eastwood looking for peace though
Maybe not finna enter
The priesthood, but at least should
Make an attempt to show some remorse
And to be some sort of a repenter
For the people I’ve been a menace to
Not a preacher, but a shit starter and finisher
Enter the mind of a thick skin, but a short temper
This patience of mine is thinner
Than twine is when I get attacked
So I might say something back that might offend you
So if you don’t like when I rap
Or what I have to say on the mic then you
Might wanna act just like quarterbacks
And take a fuckin’ hike when I snap cause I’m a sinner
And I (I got a best friend, best friend)
Plus balls and intestines
And they never been yes men
They gon’ tell me when I’m fuckin’ up
The minute I’m ever giving it less than
I’m about to vomit and I can feel it coming
Cause failure’s something I can barely stomach
And I only listen to my gut
So unless you’re my fuckin’ belly button
Don’t tell me nothin’
You ain’t my (best friend, best friend)
Who you think I’m talking ’bout?
Lifts me up when I’m down and out
Still look to him without a doubt
Still got a (best friend, best friend)
Shout it out like there’s never been a louder mouth
Should have never been allowed a mouth
Now that I got a higher power
Now when I blackout, power outage
They powerless, but they crowd around
They tend to flock like shepherds
The black sheep
But I be the worst thing that these motherfuckers ever heard
When I’m counted out
You be D-O-A, they’ll announce
But pronounce you dead when they sound it out
So prepare for a rival, your arch enemy surrounds you now
He’s all around you
Not even the doctors at the hospital
Are gonna shiggy-shock you back to life
It’s im-piggy-possible to revive you
It’s word to the diggy doc
Stiggy-stopping is not an option
Something I’m not gonna do
I’m the Iggy Pop of hip-hop when I walk in the booth
Dawg, I’m the truth like Biggie rockin’ with 2Pac in a suit
Talking to Proof dropping a deuce
Fill up a syllable clip like a refillable script, cock it and shoot
And who you think’s my Glock that I use?
That I pull from to get my strength up against these haters
And he’ll be waiting at the gate when you get sprayed up
Sending you hoes straight up to deal with my (best friend)