Even Y’akoto, an artist known for her level-mindedness, is not immune from this danger. Particularly because the past two years were so exciting, eventful and grand that one can forget the little things on top very quickly. After all, Y’akoto was praised by the music press as giving a new voice to the legacy of such singers as Billie Holiday and Nina Simone and without further ado she launched a new genre called Soul Seeking Music with her combination of folk, pop and singer-songwriter soul with an African touch.Not to forget the countless shows where Y’akoto performed with such established artists as Erykah Badu, Nneka, Asa and Joy Denalane. And her first headline tour of her own that not only included dates in Germany, but also in Paris, Brussels, Amsterdam and Vienna. 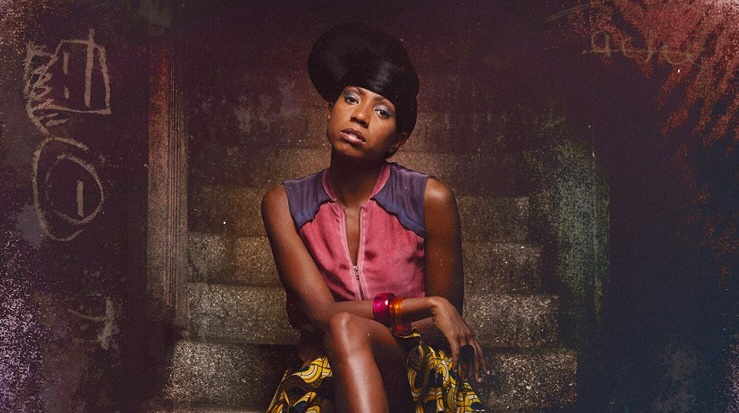 Even now, “BabyBlues” is still making an international impact. The album was just released in the USA in February. The track “Diamonds” is featured in the new Steve Pink film “About Last Night” and is included on the international soundtrack. And in Italy, “Without You” is climbing in the national single and airplay charts. However, despite all of these formative events and wonderful experiences, Y’akoto remains driven by insecurity. She is still searching: for the answers to all of the countless questions about life, for the best song and, not least of all, for herself. “I have accepted insecurity as part of my life. That’s me, I’m insecure, not always, but sometimes, and I express my insecurity in my art.”

Therefore Y’akoto has made the best of this and made her insecurity the leitmotif of her new album. And this was a good decision. In the end, her growing insecurity is largely due to the situation that she has become more open, reveals more of herself and questions things more often. Her inconstancy doesn’t come from a lack of self-confidence, but from the courage to make herself vulnerable through her music. For instead of writing her pains away from her soul, Y’akoto writes herself into the pain in her soul and tries to take command of the general disorientation of the world by musical means. “I let all kinds of expressions pass right through my system. I don’t let it pass through a filter, instead I just take it, there for, I feel a lot without judging. I used to protect myself against that. I even intoxicated myself, smoked some weed, but now I’m interested in the entire experience of ‘feeling'”.