WWE 2K18 is a professional wrestling video game developed in a collaboration between Yuke’s and Visual Concepts, and published by 2K Sports. The “Digital Deluxe” and “Cena (Nuff)” Edition was released worldwide on October 13, 2017, and the Standard Edition was released on October 17, 2017 for Microsoft Windows, PlayStation 4, and Xbox One. The Nintendo Switch version is scheduled to be released in fall 2017. It is the nineteenth game in the WWE game series (fifth under the WWE 2K banner), and is the sequel to WWE 2K17. It will be the first video game under the WWE 2K banner to be released on a Nintendo platform. This is the first video game under the WWE 2K banner not released for both PlayStation 3 and Xbox 360. Wikipedia®. 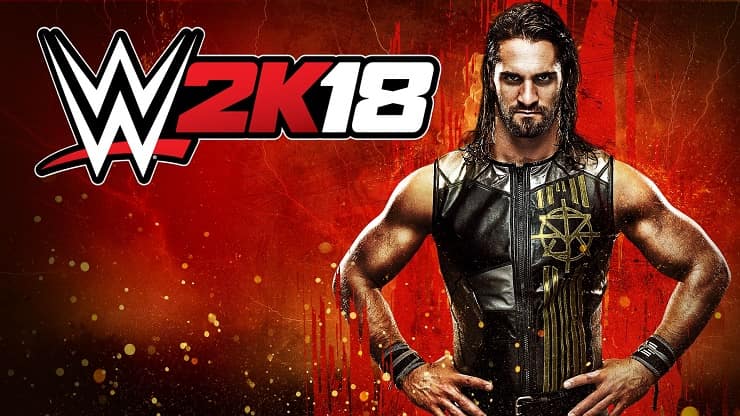 The biggest video game franchise in WWE history is back with WWE 2K18! Featuring cover Superstar Seth Rollins, WWE 2K18 promises to bring you closer to the ring than ever before with hard-hitting action, stunning graphics, drama, excitement, new game modes, additional match types, deep creation capabilities, and everything you’ve come to love from WWE 2K. Be Like No One. Most Realistic WWE Video Game Ever! The most realistic WWE video game experience just became more intense with the addition of eight man matches, a new grapple carry system, new weight detection, thousands of new animations and a massive backstage area. A brand-new rendering engine also gives WWE 2K18 a visual overhaul and will bring the drama of WWE to life like never before!