World of Final Fantasy Maxima is a role-playing video game developed by Tose and Square Enix, and published by Square Enix. It was released worldwide for PlayStation 4 and PlayStation Vita in October 2016, and for Microsoft Windows in November 2017. Returning to a more traditional gameplay style from earlier Final Fantasy titles, it revolves around turn-based battles which utilize the series’ recurring Active Time Battle system, augmented with a stacking mechanic where stacking allied characters and monsters affects stats and turn numbers. World of Final Fantasy is primarily set in the world of Grymoire, a land populated by classic Final Fantasy characters and monsters from across the series, while being unconnected to any other series entry. The storyline focuses on twin siblings Lann and Reynn, who suffer from amnesia and hold the power in one of their arms to capture and wield Mirages, the monsters of Grymoire. Lann and Reynn travel to Grymoire to recover their memories, gradually mastering their powers and becoming involved in the conflicts consuming the world – these include fights between rival factions within the native Lilikins, and the impending threat of the Bahamutian Army. An enhanced edition, called World of Final Fantasy Maxima, and will have avatar change to transform into a classic Final Fantasy character. Wikipedia®. 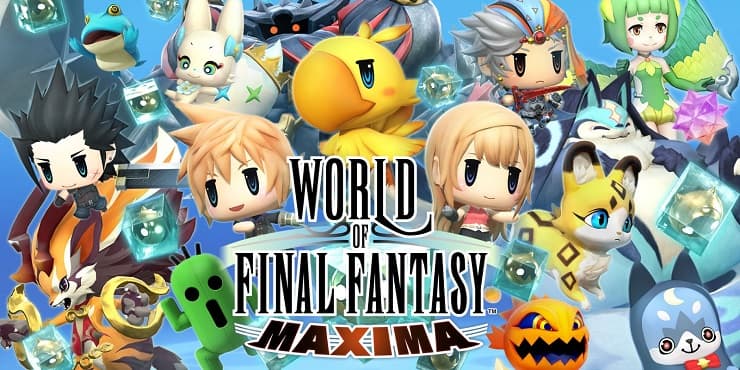 Expanding the horizons of FINAL FANTASY! A tale of many encounters and the birth of a new world. Originally released in November 2017, WORLD OF FINAL FANTASY has just been powered up and reborn as WORLD OF FINAL FANTASY Maxima! New characters from FF lore (Champions) and monsters (Mirages) add even more fun and excitement to this unique adventure. This new and enhanced version of WORLD OF FINAL FANTASY also features the Avatar Change system, which allows the protagonists, Reynn and Lann, to fight as Champions. Fight your way through exhilarating battles as legendary FINAL FANTASY heroes!