“Being out in front of people and just being ‘The Man’” might sound like a vague and ridiculous dream to have, but for Cameron Thomaz it might be the most appropriate thought to cross any mind. Better known as Wiz Khalifa, the son of two military parents has always had his eye on being a new standard by which cool is measured. Rapping since the third grade and starting to record music at 14 was probably a step in the right direction. The next best move? Inking a deal to Rostrum Records after a meeting with Benjy Grinberg. Fresh out of high school, it was time to either sink or swim. In 2005 Wiz released his first mixtape, “Prince of the City: Welcome to Pistolvania.” The mixtape was quickly accepted by the local scene and began to gain buzz outside of Pittsburgh. With that excitement growing by the day, it was the perfect time for a proper commercial album. Wiz soon dropped “Show and Prove,” which Okayplayer.com claimed was “arguably the best album of the year.” The accolades began piling up and Khalifa was receiving significant co-signs from XXL, Rolling Stone, and VIBE, alike. A deal with Warner Bros. Records soon followed. Any other 20-year-old probably would’ve let all this hype go to their heads, but not Wiz. As focused as ever, Wiz only saw this praise as an opportunity to work harder. In 2007, with the help of famed mixtape DJ, Green Lantern, Wiz released “Grow Season,” which was soon followed by “Prince of The City 2.” The sequel to “Prince of The City” would soon out grow its predecessor so much so that the demand for Khalifa’s music was greater than ever.

Wiz Khalifa – Look What I Got On (Official Audio)

Wiz Khalifa – Look What I Got On Lyrics:
Hold up, I done made eighty grand a nigga didn’t even show up
Niggas used to talk about the way that I dress
Now I see them on they videos pants legs rolled up
Wasn’t even thinking bout getting a Rolex
Now I got a Rolex and the whole thing froze up
Now you takin pictures of this shit
Walk around getting bitches off this shit
They just talkin but I’m living off this shit
MC Hammer pants I feel like I’m legit
9/11 not the day but thats the whip
Taylor Gang they be on this shit
Always on the grind tryna keep my mind on the finer things
I gotta get that’ll make a nigga rich
Lotta new kicks lotta new fits
Lotta swag that you see on me that’ll take a nigga bitch
They get dressed I could get up and go
Grabbing all my shit up and roll
Walked in and lit up the store
Took a dab and roll another joint I lit up for show
And my bitch is like a pin-up if I like it then I buy it
Most of the time the shit is free and they just send it
Major paper and winning and my outfits sick
I’m a walk up in this bitch and I’m a make a nigga spit up

And I’m floating, my windows open
My eyes all low cause I’m off that potent
They jacking my style I got that notion
Can’t even get it, you on that slow shit
Pull up in it, they like “oh shit”
Hella expensive, smoking explosive
Where did he get them? nobody knows it
Dont even go there.. 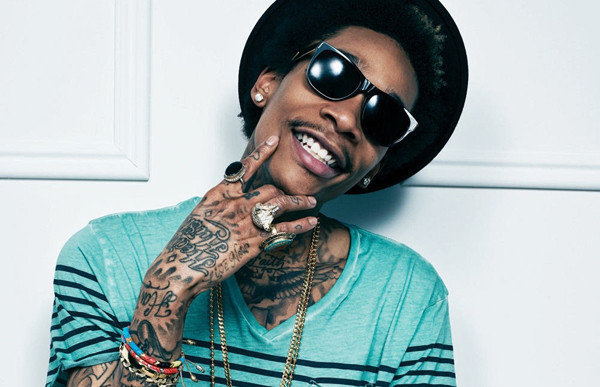