Following the release of exhilarating new single ‘Fire’, London-based indie electro band Winters Island return with new EP ‘Hestia’ out 7th April 2017. The band, aka Andy Trimmer, Sam Thomas and Will Kay have named the EP after the Greek Olympian god, ‘Hestia’, who was the goddess of “the hearth, fireplace and altar” and often refers to the ashes that are left after the fires have burnt out. A fitting idea when applied to the lyrical themes present throughout the EP, including the tempestuous journey and reflections following a breakup. Lead single ‘Fire’ is based on an individual using their alter ego in a time of emotional need and struggle. Speaking on the track Winters Island explain, “People spend their lives pretending they don’t have a facade. The track looks at struggling so much that that alter ego is the only thing that can get you through” It begins with a simple guitar melody that gradually builds momentum as lead singer Andy Trimmer sings “can you heal me, can you feel me, as the fever spreads, like a fire” against intense electronic percussion and brooding piano chords. The accompanying visuals created by Greentea Productions see a dancer move beautifully around a hall amongst scattered white chalk, portraying the emotive nature of the song. 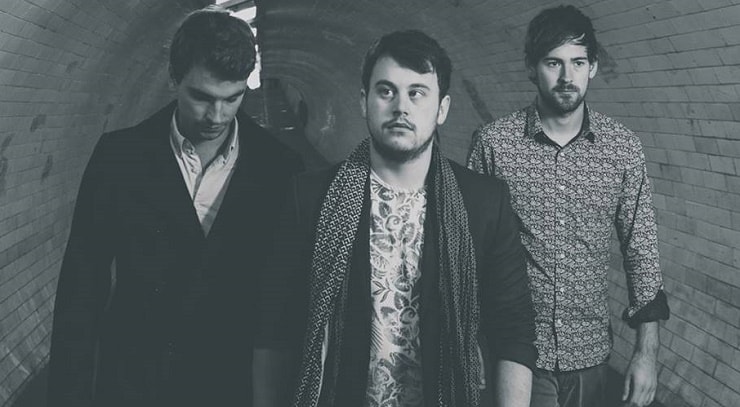 ‘Letters’ lyrically explores the aftermath of ‘Fire’. Trimmer demonstrates his powerful vocals in the line, “If we conceal, where no one feels, we could carve daggers”. These moments depicted in the song are about reflection, and how we react and how we cope. ‘Lead On’, the last song of the EP brings the theme full circle, providing a resolution to the previous tracks. The song refers to the search for what is right, though it may hurt. The band formed in 2014 after a decade of collaboration, their impressive live shows have seen them play sold out sets in London at KOKO, Proud and Borderline as well as appearing at Kendall Calling and Brownstock Festival.

They have also received support from BBC London, BBC Radio 2’s Dermot O’Leary and Amazing Radio’s Gill Mills, whilst their debut video for ‘Ares’ premiered on The 405, before going on to feature on MTV Iggy and Myspace’s‘Artist of the Day’. An inspired piece of work, ‘Hestia’ is a powerful and flowing EP that provides thoughtful questions with meaningful answers, leaving a lasting effect on the listener. When it drops on 7th April, it looks set to cement the trio as ones to watch in 2017.