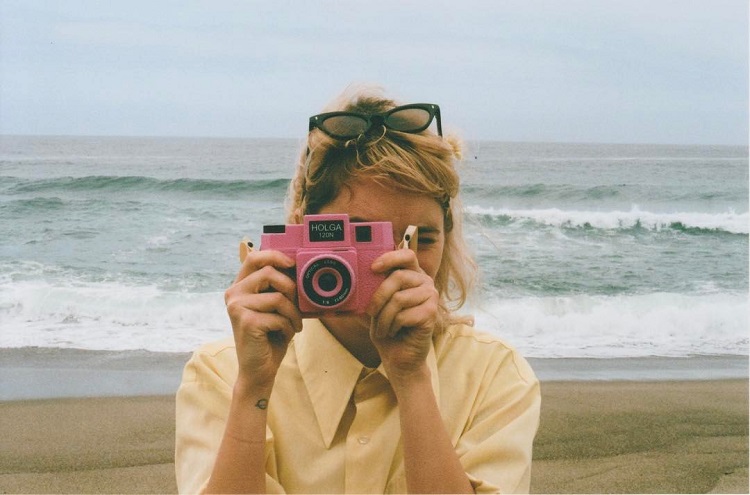 The song “Jaded” was written after Samira Winter played a show with her band Winter at the Los Angeles warehouse space Non Plus Ultra. As she looked around she saw how a lot of bands were drained from touring and bitter from the music industry. Furthermore, she recognized in herself that she too was becoming desensitized by the music scene. The lyrics tells the story through an outsiders perspective; seeing a band show up late to soundcheck, acting tired and bored, even forgetting how to play their own songs. It’s a meditation on being a musician or anyone working in an over saturated industry, at a time where you can feel so overwhelmed and undervalued. The song was recorded and produced by Lewis Pesacov (Best Coast, FIDLAR) at his studio down the street from Winter’s house in Echo Park. The song took two days to track and was influenced by The Breeders, Weezer and the 90’s film 10 things I Hate About You.

Winter is the project of songwriter Samira Winter, who’s love for guitar music and nostalgic imagery inspired the dream pop/indie rock four piece. Samira grew up in Curitiba, Brazil listening to her American father’s punk records, and her Brazilian mother’s MPB (Brazilian Popular Music) tunes. While living in Boston during her college years she found a love for shoegaze which led to her collaboration with Nolan Eley who recorded and produced Winter’s first EP “Daydreaming” and LP “Supreme Blue Dream”. In 2013 Samira relocated to Los Angeles where the band currently resides working on their upcoming album “Ethereality.” Winter aspires to connect people to their inner child by making blissful, beautiful, dream pop.