Skip to content
Home » Music » Wild Ones: Standing in the Back at Your Show

Portland, OR’s Wild Ones are sharing the second single off their forthcoming album, Mirror Touch, due October 6th via Topshelf Records. It premiered at Gold Flake Paint who described the track as “a sumptuous undertaking, one that bleeds an acutely subtle prickliness through the elegant shell of the composition which does its best to hide the such sentiments from view.” “Standing in the Back at Your Show is about young love when it’s completely inappropriate and unwieldy.,” explains vocalist Danielle Sullivan. “It began as a story about my husband and I, who is also a musician, and morphed into a semi fictional tale of its own.” 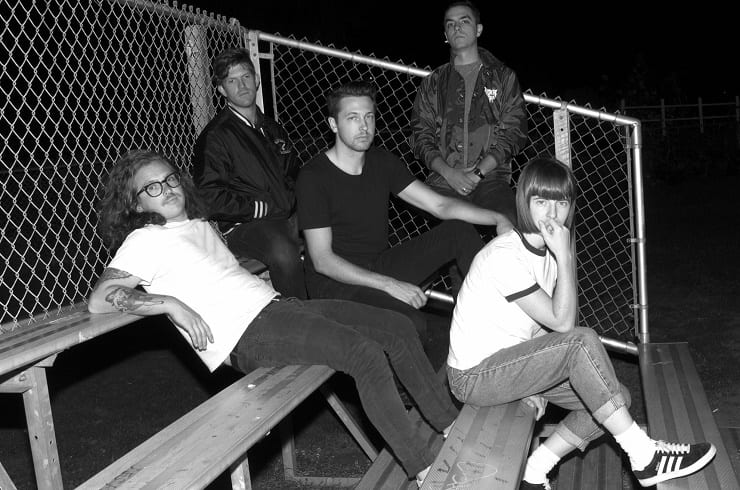 Wild Ones delve into the bliss and burden that musicians are tasked with today: create work that captures your spirit, but do it without selling your soul. Self-produced and recorded, they walk the line of DIY oddity and polished pop sheen. Hailing from Portland, Oregon, the band combines the talents of lead vocalist Danielle Sullivan, keyboardist Thomas Himes, drummer Seve Sheldon, guitarist Nick Vicario and bassist Max Stein. Growing up on Cocteau Twins and En Vogue, their sound is a mash of R&B synths, muted guitar, and somber vocal melodies. After 7 years together, they’ve hit their stride in creating work that poses questions about art and authenticity.

Wild Ones: Standing in the Back at Your Show

Mirror Touch, the band’s latest record releasing in October 2017 via Topshelf Records, explores spaces of isolation, loneliness and how it feels when the line between self and other becomes blurred. The record title refers to the condition “Mirror Touch Synesthesia” and the physiological experience of empathy. How can you know yourself, when in public you become everyone else? The songs explore the quest to maintain artistic self-integrity in an industry that seeks to homogenize. Solitary in their process of collaboration, Himes and Vicario produce the music, while Sullivan crafts lyrics and melodies, their attempt at self-preservation against the ever-changing expectations of what music should or should not be. Combining their style of upbeat melodies with a backdrop of darker lyrical themes, an inquiry into their artistic process ultimately reflects a balance between earnest head nods to their favorite sounds with a fierce loyalty to their own sense of self.

Wild Ones: Standing in the Back at Your Show Lyrics: