“Wargame: European Escalation” is a real-time strategy video game developed by Eugen Systems and published by Focus Home Interactive, released on February 23, 2012. It is set in Europe during the Cold War, most specifically in the years 1975-1985. Wargame’s playable factions are the Warsaw Pact, which is subdivided into the Soviet Union, Communist Poland, East Germany, and Czechoslovakia; and NATO, which is subdivided into the United States of America, United Kingdom, France, and West Germany. Players can choose various units from the four subfactions of the side they are playing on, unlocking new units or improved variants as they progress. In all, there are 361 historical units recreated in Wargame. Wikipedia®

Wargame: European Escalation is a new real time strategy game built around depth and reflection, the key elements of classic wargames. The game features intense real-time battles, stunning graphics, and the amazing IRISZOOM system, which allows a continuous zoom from a global view of the map to the heart of the action. With real strategic gameplay, rich content, integration of EugenNet and its numerous online services, Wargame: European Escalation will unite all the world’s biggest strategy fans.

Set in the rarely explored period of 1975-1985, Wargame: European Escalation pits NATO (USA and Western Europe) against the Warsaw Pact (Soviet and Eastern European countries) in battles that explore “what could have been.” The specter of nuclear warfare loomed large over the real Cold War, but this catastrophic outcome was the ultimate last resort as everyone knew that the first one to start nuclear hostilities would end up wiped out just the same. Large, armored offensives through Europe would certainly have been the core of this hypothetical war; and this is what the game’s explosive campaign takes you through! 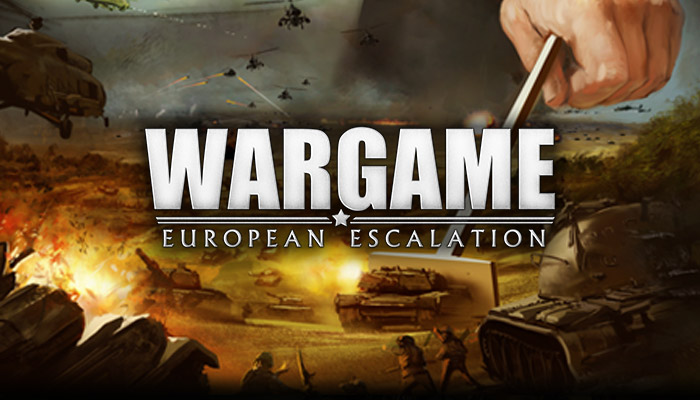