Electronic duo VIMES originate from Germany’s capital of techno – Cologne. They will release their third single ‘Celestial’ via Berlin tastemaker label, Humming Records on 30th September. The duo have received international recognition thus far for their unique brand of electronic music, combining both live instruments with electronic elements and a stirring visual live show made for dancing. The past 12 months has seen the band support Hot Chip in Mexico, play headline sets across Europe as well as numerous continental festivals including Dockville, Eurosonic, First We Take Berlin and Reeperbahn Festival, alongside DJ sets at the likes of Melt! and c/o pop festival. VIMES were also invited to play at this years SXSW and Canadian Music Week, unfortunately neither of these happened due to visa complications. VIMES are made up of Azhar Syed & Julian Stetter. Accompanied by drummer Johannes Klingebiel and complex visual elements, this set-up has existed for little over a year. ‘Celestial’ is an electronic dance track that will make you tap your toes. The single will be available from all digital stores on 30th September via Humming Records.

VIMES are a lovely duo from Cologne, Germany and they’ve got quite the electronic jams to share. Their latest track “Celestial” is a sweet, dance tune that’ll get you tapping your toes within seconds. This goodie will be out September 30th via Humming Records / Rough Trade. 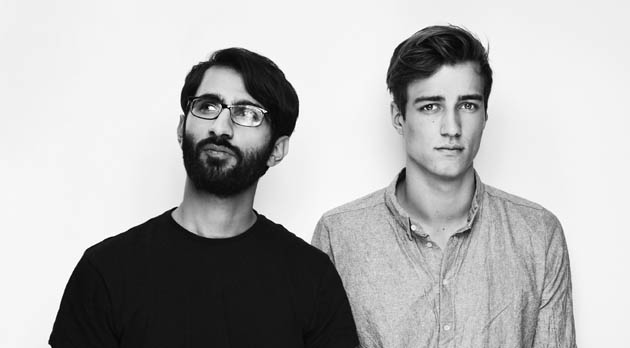