Fear the wolves. They are cold, they are hungry – and they will stop at nothing to survive… Ragnarok. Legend has it that when the coldest winter descends, the Jotan will return to take their vengeance against the Gods of Asgard. The world is on the road to perdition and the fate of Midgard hangs in the balance. But when the Fire and Frost Giants begin to merge their armies, they encounter the clan of the Ulfung – the Wolves of Midgard. Bloody, but unbowed following the destruction of their village, this notorious band of ostracized Viking warriors are determined to seize their destiny and save the world. As clan chief, you must save Midgard from complete annihilation, and spearhead the charge to vanquish the fiendish creatures of the Fimbulwinter. 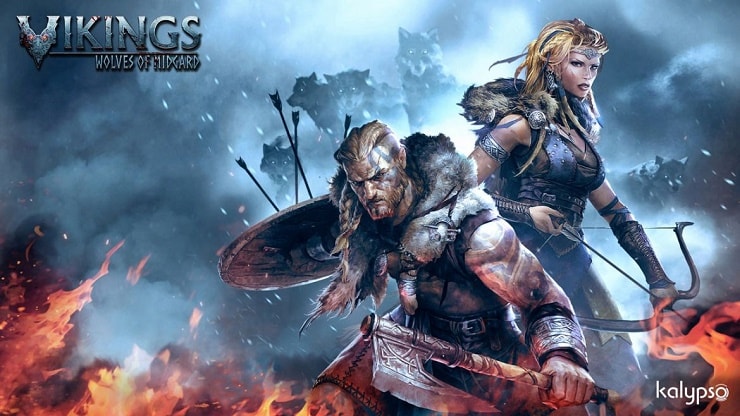 The Action RPG Vikings – Wolves of Midgard takes you to the Shores of Midgard, a world based upon the mythology and history of the Vikings, but with a fantasy twist. Battle the fearsome Jotan, hordes of terrifying undead monstrosities and the beasts of Ragnarok, as you strive to survive the growing cold that threatens to end all life, forever. Master mighty weapons, including sword and shield, two-handed hammers, dual-wielded axes and swift bows. Earn blood in battle to offer in tribute to the Gods in order to acquire and enhance devastating Spell Powers and other special unlockables.