Us Amongst The Rest – Love is the Bull. An alliance forged through years of gigs and rival bands, Us Amongst the Rest are a 4-piece brotherhood of Rock & Roll emerging from York. Playing since 2012 UATR hold nothing back, channelling their collective psyche to deliver a raw, monomaniacal and soulful take on alternative rock. Their suitably explosive, yet gorgeous debut effort marks a new beginning for danger and beauty combined. UATR are now ready to hit the world at full speed in 2014 with a long awaited album launch, music videos and UK tour. Talking of the track, the band said; “Our 2nd single, ‘Love is the Bull’ is a take on the common idiom; ‘like a bull in a china shop’. It’s a way of describing how love can be careless and thrown around without regard for people in its path. The video we recorded for the single lent itself to be artistic and stylistic in the sense that we decided upon a role reversal. To have a bull in a china shop is to have something destructive in a delicate place. We decided to put someone delicate within a place that had been succumbed to destruction. The single comes from our debut album, ‘…Follow the Truth’ which encapsulates both discovery and reconciliation with ‘Truth’ as a binding factor for all of the songs. We write about what we know and have not held anything back. Everything we have written about is personal and delves right down into the psyche of the band’s way of thinking along with indication of personal experiences.”

Us Amongst The Rest – Love is the Bull (Official Music Video)

Us Amongst The Rest are a four-piece brotherhood of Rock emerging from York. Having recorded the album at InnerSounds Studios with Sam and Joe Graves (Axewound, Glamour of the Kill, Asking Alexandria), the band are happy to present their new single ‘Love Is The Bull.

Us Amongst The Rest – Love is the Bull Lyrics: 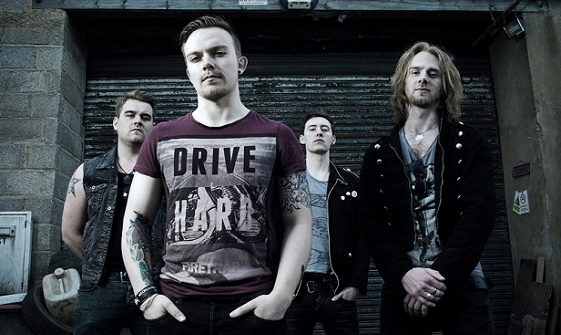