Skip to content
Home » Music » UMA: A Remedy (to argue how I feel)

UMA is German-Austrian married couple Ella and Florian. They are living and working in Berlin. She studied classical music and sang in choirs in the solitude of rural Austria. In Vienna, as part of the supergroup Go Die Big City! And solo as Jools Hunter, she was already working with spacey synths and decelerated beats. Florian grew up in German suburbia where he formed a Guns N’ Roses tribute band with a drum machine. Later he was part of the rather famous Mediengruppe Telekommander. 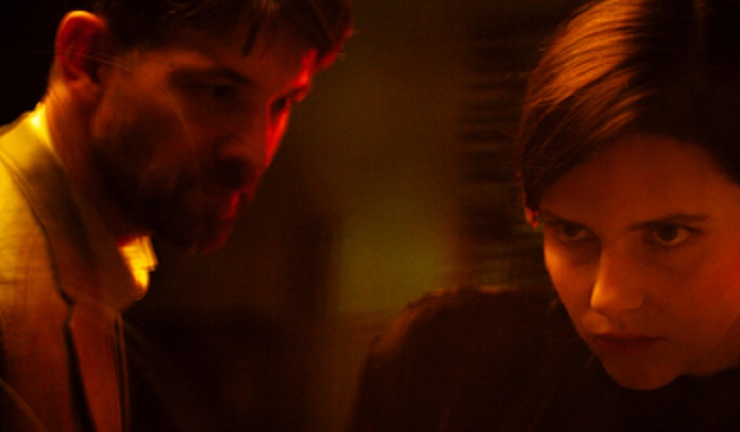 By chance they met, married and formed UMA in late 2011 as a one-off support gig for Silver Apples at the Red Bull Music Academy 2011 in Madrid that Ella was part of. That event was so inspiring that they kept making music. Their debut EP Drop Your Soul incl. Silver Apples collabo was released to critical acclaim in 2012 including a successful release tour which peaked with a performance at the London Field Day Festival. In 2013 they played Sónar Festival. Now their debut album will finally be released.

he genesis of a UMA track is an exhausting process with a married couple who each have a unique vision that does not always coincide with the other. How they managed to record a full album, we honestly don’t know. The friction is audible, the result homogeneous nevertheless. Technical skill and quality of production alone are impressive, the equipment used every collector’s dream. What really stands out though, is the pop sensibility within the context of contemporary experimental electronic music. One would have to dig deep to find something sounding this fragile in the bass-prone spectrum. Drone and Ambient meet UK Bass at times, Portishead at others. Voice and machine fuse on analog 16 track tape in UMA’s Berlin home which they remodelled to function as their recording studio, complete with insulated vocal booth-bathroom and a self-built loft bed to record percussion underneath.

UMA: A Remedy (to argue how I feel)

UMA: A Remedy (to argue how I feel) Lyrics: