Charlene Keys, known by the stage name Tweet, is an American soul/neo soul Grammy Award nominated singer-songwriter. The youngest child of Tom and Shirley Keys, Tweet was born in Rochester, New York on January 21, 1972,[2] and grew up singing in the church along with her parents and her four older siblings (three brothers, Tom, Cedric and Lonnie, and one sister, Sundra). Among them, the five children mastered instruments such as the piano, guitar, bass guitar, drums, and many more. As a young girl, Tweet was inspired not only by her family, but also by larger-than-life divas Janet Jackson, Tina Turner, Aretha Franklin, and Whitney Houston (whom she later worked with). Tweet’s first steps into a career in the music industry first began when she enrolled in Rochester’s School of the Arts. In 1990, at the age of 18, Tweet gave birth to her daughter, Tashawna. She is a gospel singer. 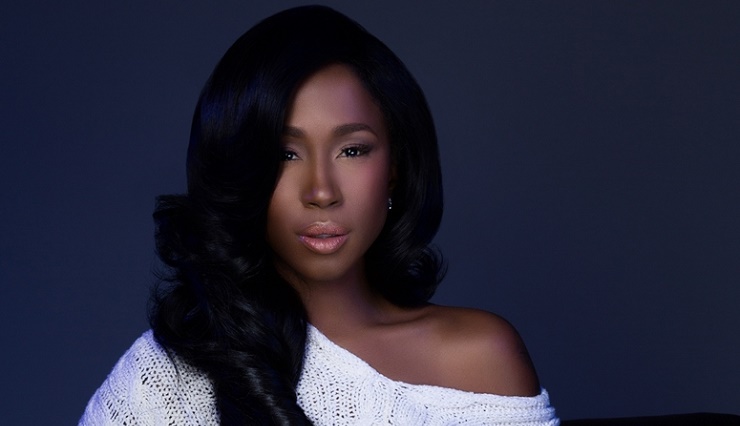 In 2010, Tweet split from Umbrella due to a lack of promotion and ongoing delays.[8] In late 2011, Tweet signed to MC Lyte’s record label DuBose Music Group. In June 2012, she began posting previously unreleased material from the It’s Me Again and Love, Tweet recording sessions on her new website as a part of her weekly SoundCloud-hosted special, Tweet Tuesdays.[10] In February 2013, DuBose released her Simply Tweet EP. Recorded live with a full band, the five-track set was preceded by the single “Enough”. The digital extended play reached the top thirty on both the US Billboard Independent Albums and the Top R&B/Hip-Hop Albums chart. In July 2015, Tweet confirmed that she had signed with the independent eOne Music label. Her third regular studio album Charlene, featuring production from Missy Elliott, is expected to be released on January 22, 2016 in the United States, with its lead single to be released in September 21, 2015. On February 29th, 2016 the ‘Hummingbird’ singer sat down with Lindsey Sullivan (of Billboard) to discuss her new album “Charlene”. During the interview Tweet mentioned her excitement teaming up with Timbaland and Missy Elliot. She also stated the album was a growing experience and she has matured as an artist over her long hiatus.

Charlene Keys has come a long way. A few years ago, she was on the verge of giving up on the music business, but today she stands stronger than ever. A bolder, wiser, happier Tweet. She says her faith in God is what turned her life around. “There is not a day that goes by that I don’t talk to Him,” she expresses. “I’m not perfect and I don’t always do everything right, but because of Him, I’m still here and that’s an amazing blessing. He is my strength, my source, and I couldn’t have done any of this without Him.”

Tweet: I Was Created For This Lyric:
So many times I tried to run away
I couldn’t find rest cause there was no hiding place
And I heard a voice come up from deep within say
This is who I am, I no longer can pretend

So different I know that I don’t feel it
But I’m chosen and I believe that’s what it is
In (?) the song for me to tell the story
And my life’s poured out only for your glory (yeah)