Trevor Jackson was born in Indianapolis, Indiana. At the age of three he starting performing throughout the Midwest. Trevor went on to star in the Beef and Boards Christmas Show and then he performed on the legendary Showtime at The Apollo TV show. Shortly after, he landed the role of Young Simba in the Broadway National Tour of Disney’s The Lion King, where he enjoyed a three year run. Since moving to Hollywood, Trevor has appeared in several national commercials including Microsoft, NBA, Target, Sony PSP, T-Mobile, American Family Insurance, Gatorade and more. He has also been in three PSA’s for Unified Theater,the Enough Project and recently filmed My Hope for Children. On television Trevor played the role of Leon on the CBS hit Cold Case. Trevor also portrayed Willie Blue, a young teen vigilante medical doctor on NBC’s Harry’s Law with Academy Award Winner Kathy Bates. Trevor has a recurring role on the Syfy Series Eureka as Kevin Blake. Trevor starred as Albert in the short film Albert! Or, My Life in the Ocean. Trevor is Quincy Smith in the feature film A Beautiful Soul starring gospel singer Deitrick Haddon, Harry Lennix, Leslie-Ann Brandt, Robert Ri’chard, Barry Floyd and more which will be released in May 2012. On June 15th, 2012 Trevor starred in the role of Kris McDuffy in the Disney Channel Original Movie Let It Shine! Trevor continues his love for music by performing at many west coast venues and charity events. He has had the pleasure of opening for Jason Mraz, Michael McDonald, Boz Scaggs, Raphael Saadiq, Ziggy Marley, Siedah Garrett, Brian Kennedy Project and more. Trevor is currently working on his debut album with many Grammy award winning producers!

Trevor Jackson – I’ll Be Who You Love Lyrics: 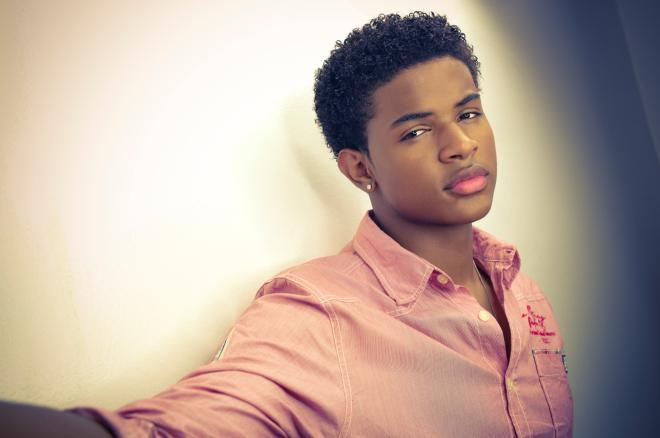