Trapdoor Social is entering 2017 with a new sense of urgency. After reconstituting itself from a duo to a 5-piece, their eponymous debut album is a raucous, anthemic environmental call to action, erupting with signature blues rock and bass synth riffs. Titled ‘Trapdoor Social,’ it’s the band’s first full-length album, and was the first TDS project that included the work of bassist and guitarist Patrick Griffen and Louie Gonzalez. The first single, “Sunshine,” had national success receiving airplay across the country and winning another “Hall of Fame” Status for the band on Las Vegas’s X107.5 “The Beatdown” as well as staying in the Top 5 of KROQ’s “Locals Only” show for over a month. 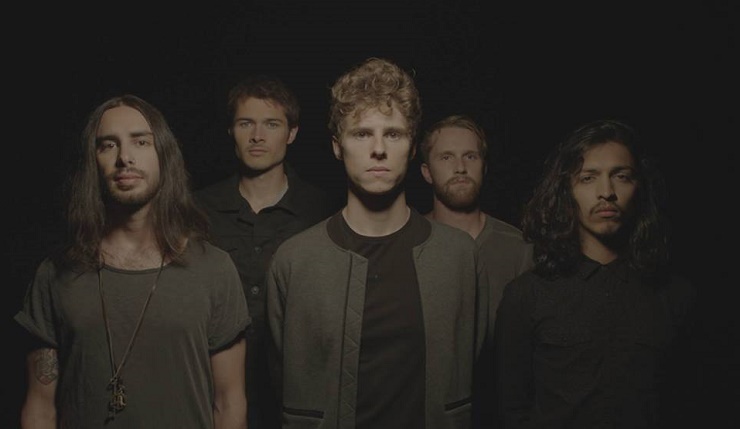 Disturbed by increasing carbon emissions and environmental degradation, the journey started after Trapdoor Social’s Merritt Graves and Skylar Funk met in an Environmental program at Pomona
College and bonded over a shared concern for the future of the planet. The duo introduced themselves with the 2012 EP “Death Of A Friend”, a driving, emotive alt-rock experience. Produced by Curt Schneider, the EP features Death Cab For Cutie’s Jason McGerr on drums. The EP made waves when “Like You Never” became the #1 listener-requested track on KROQ’s “Locals Only” show, and the second single “Away” enjoyed radio play from a number of major market stations around the US (including regular rotation on WKQX in Chicago) and a national Discount Tire/America’s Tire commercial that has run since 2014.

In May 2014, Trapdoor Social released the ‘Science of Love’ EP, which explored both sides of Skylar and Merritt’s influences as songwriters. As the boys started work on the EP, they decided to channel their music toward an environmental initiative in their community. They partnered with a few great non-profits and used their unreleased EP to raise $35k of solar roofing, which they are donating to Homeboy Industries. The 6.4 kW project represents 100% of the fundraiser’s earnings and will be installed soon. In December, 2014 the band toured to Colorado Springs to play RXP1039’s Christmas festival. Having discovered that the local high school (Mesa Ridge HS) marching band program was underfunded, the boys decided to record a song with the band to help launch a fundraiser to help keep the program alive and promote the benefits of music and arts education in the public school system.

“Fine On My Own” was released on April 20th, 2015. It became top ten in Colorado Springs and was played in many other major markets. The song attained “Hall of Fame” Status on Las Vegas’s X107.5 nightly contest “The Beatdown” by winning ten times in a row. Trapdoor Social toured to Colorado in May, 2015 and promoted the fundraiser by organizing and performing a benefit show with the marching band. The fundraiser brought in over $7K for the school. In the summer of 2016, the band pioneered and performed at the first annual Sunstock Solar Festival, a 100% solar-powered music and art festival which hosted eight live bands and raised about $10K for the charity Kids Cancer Connection.

In the fall of 2016, along with new drummer Ben Ebert, TDS toured in their solar trailer, an equipment trailer with solar panels on top, putting on solar-powered shows at outdoor venues and universities across the country.