Transformers: Devastation is an action beat ’em up video game based on the Transformers franchise developed by PlatinumGames and published by Activision. It was released on Microsoft Windows, PlayStation 3, PlayStation 4, Xbox 360 and Xbox One on October 6, 2015. Transformers: Devastation is an action game in a similar vein to PlatinumGames’ other titles. Players will be able to control one of five Autobots: Optimus Prime, Bumblebee, Sideswipe, Wheeljack, and Grimlock as they battle against Decepticon forces in large 3D environments. Gameplay will include fast paced combos as well as the ability to switch between Vehicle and Robot mode. The game is part of the Transformers: Generations line, though its visual design is most strongly inspired by the original The Transformers TV series. The game’s story is written by former Transformers comic writer/editor Andy Schmidt, and several voice actors from the original show, including Peter Cullen (Optimus Prime), Dan Gilvezan (Bumblebee), Michael Bell (Sideswipe, Scrapper), Gregg Berger (Grimlock, Long Haul) and Frank Welker (Megatron, Soundwave), reprise their respective voice roles. Vince DiCola, the composer of The Transformers: The Movie and Angry Birds Transformers, wrote original music for the game alongside Kenny Meriedeth. Character skins based on Nemesis Prime, Red Alert, and Goldfire, along with three additional weapons, were offered as pre-order incentives. Wikipedia®. 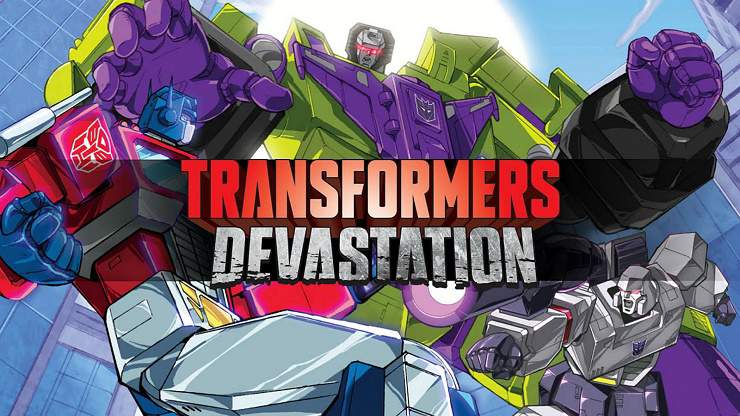