Toukiden: Kiwami is a hunting action game where players take on the role of a Slayer possessing unique abilities, and battle the Oni to save mankind from destruction. To defeat these huge Oni, players band together to sever, pierce, and crush parts of the Oni using the Targeted Destruction System! Multiplayer for up to 4 players is supported. Toukiden Kiwami is the sequel to Toukiden: The Age of Demons. Its development has been implied since the first game has been sold to the Japanese public. Kenichi Ogasawara is the general producer and Takashi Morinaka is the producer. Kazutoshi Sekiguchi is the director. Kenji Tanigaki did the opening movie direction.

Ogasawara and Morinaka implied that this title has been tweaked with fan feedback and will add more content for hunting game fans to enjoy. Preordering the first print rewards Souma and Reki parts. The Treasure Box edition includes a Tenko doll, a picture book containing 3D renders, Hidari illustrations for the entire cast and side comics, a complete original soundtrack CD with bonus tracks, and downloadable parts of the first cast of Slayers. Various Japanese outlets are offering specific reservation bonuses. Consumers who purchase from Gamecity Shopping receive a Tenko pin badge. The Gamecity Set adds a comprehensive illustration book for the characters and demons and a Imihayahi washcloth. Three months after the battle to prevent another Awakening… The village of Utakata enjoys an uneasy peace. However, that peace is suddenly rendered rudely asunder. Hitherto unknown Oni appear from the north, ripping the defenses of the Midlands to shreds. The “Hundred Demon Corps,” an elite force dispatched by the Holy Mount… The defiantly independent Shiranui Village, refusing to obey the orders of the Holy Mount… The “Council of Elders,” shrouded in mystery… Members of each of these organizations have now gathered in Utakata, each with their own motivations and ambitions. Beyond the deadly battlefields, will victory belong to humanity, or to the demons? Slayers, unite and destroy the perfidious Oni! 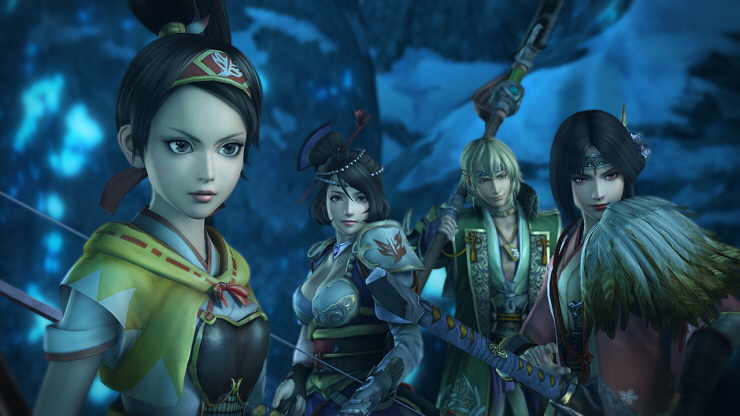