Total War: Warhammer is a turn-based strategy game with real-time tactical battles between armies. Unlike its predecessors, which feature historical settings, Warhammer introduces a fantasy setting as well as characters from the Warhammer universe. These characters, which include monsters, warriors, and heroes, can be controlled by the player. The game also features four playable factions at launch, which are the Empire, the Greenskins, the Dwarfs and the Vampire Counts. The Chaos faction is also available to those who pre-order or purchase in the first week of release. Each faction has access to their own unique units. For instance, the Greenskins faction features units such as Trolls, Giants and Arachnarok spiders. The Empire is a human faction, which features units like Steam Tanks. Each faction has their own unique campaign element. For example, a “Waaagh” system, which pushes the player to be constantly on the warpath, is unique to the Greenskins faction. A new quest mode featuring battles such as the “The Battle of Blackfire Pass” tasks players to complete missions and battles to receive unlockable items and abilities, is one of the new game modes offered in Warhammer. Flying creatures, such as dragons, also make appearances in the game. 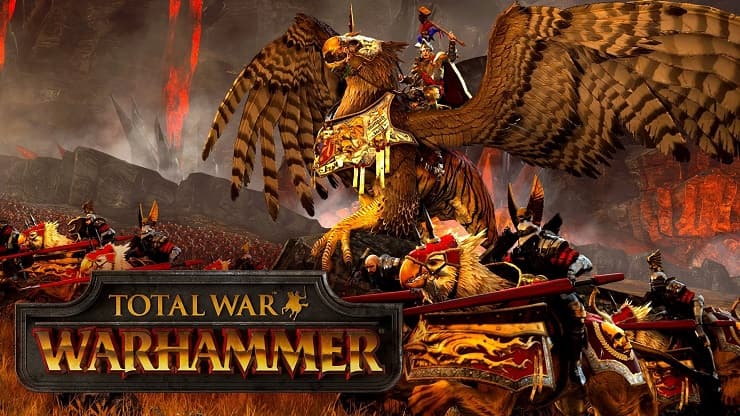 The campaign map is somewhat similar to the one in Attila with the exception being the diversity in physical terrain and climate as one moves from a particular point in the map to another. The campaign map spans from the Chaos wastes in the north to the Greenskin-infested badlands in the south and from the Great Ocean in the west to the Dwarven realms in the World’s Edge mountains to the east. Magic is also one of the elements introduced in Warhammer with most of the factions such as the Empire and Vampire Counts having access to the various lores of magic and certain factions such as the Dwarves and some non-Playable AI controlled factions having absolutely none or limited access to magic. Wikipedia®