Torchlight II – Trainer. Torchlight II is an action role-playing game developed by Runic Games, released on September 20, 2012. It is the sequel to Runic’s 2009 ARPG, Torchlight, and features peer-to-peer multiplayer support and extended modding capabilities. A release for Mac OS is planned for some time after the Windows release, although it has begun to look very unlikely. Like the original Torchlight, “Torchlight 2” features randomly generated dungeons for the player to explore, and numerous types of monsters to fight for experience and loot. Torchlight II maintains the same basic gameplay as its predecessor, but features overland areas with multiple hub towns, and a longer campaign. Other new features include time of day cycles, weather effects, and a redesigned user interface. Players are able to customize character appearance with choice of sex, face, hair style and hair color. Additionally, several elements from the first game return, such as pets (but now with expanded options and basic customization available) and fishing. A retirement system was originally planned, similar or identical to the one in the first game, but was replaced with the current newgame+ mode.

Years after the end of the original Torchlight, The Alchemist (playable character in the first game) becomes corrupted by the Ember Blight coming from the Heart of Ordrak, the evil being who had been the source of the corruption under the town of Torchlight, and then destroys the town. The player character takes on a quest to stop this villain, who is using Ordrak’s power to disturb the balance between the world’s six elements. As the game progresses, the player treks across large geographical areas, corresponding to three “acts” of the story and an epilogue. Act I, Wake of the Alchemist, is set in the mountainous Estherian Steppes, and Act II takes the player to a desert known as the Mana Wastes, and Act III takes place in Grunnheim, a haunted forest that contains the ruins of an ancient dwarven civilization. An Imperial Camp serves as the player’s town. 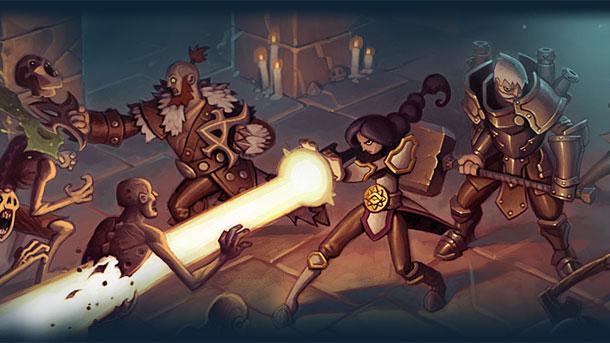