Tongues music has been described as ‘hook laden’, ‘gorgeously grungy’, ‘festival ready electro’, amassing over 1 million plays across Spotify, Youtube & Soundcloud. Our highlights of 2015 were performing on BBC’s Introducing stage at T in the Park, playing at Belfast’s Culture Week, reaching Number 1 on blog chart Hypemachine and being selected for Spotify’s discover weekly playlists. Tongues aim to combine raw energy and emotion through the medium of synth, subs and vocoders. Think catchy and dark electro pop, meets synth rock anthem. 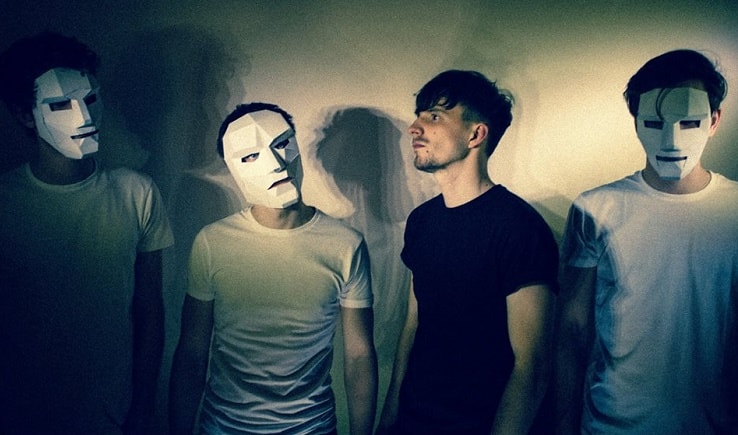 Our live shows focus on creating a high energy, engaging performance that focuses on audience experience. Our most recent gig headlining King Tuts was reviewed by Scottish Blogger JackUpMusic as being – ‘Definitely one of the best gigs I have been to in Tut’s. The place was buzzing moments into the set and remained so till the end’.

Tongues: Heartbeat Lyrics:
This dark is all behind us,
There’s nothing to fear now, nothing at all,
In depths of submersion,
the cavernous oceans we found what we saw,
The pressure was mounting the cold it was frightening,
in the pull of the fall
I’ll be there in a heartbeat look where we’ve come from,
look what I found on the floor.

You’re being so strong now,
Hearing your head, hearing your heart
Now that I found you,
A beautiful pearl locked in its mould,
You’ve opened it up to me,
You gave me the golden key.

All the colours of day, in a light there’s no trace of the dark,
All the facet’s exposed and a glimmer in a jump of a spark,
Darling I made you a promise, We’re works in the progress and it’s time to be bold,
Put your hand on my heartbeat, Tell me my future, tell me the man you know.

You’re being so strong now
hearing your head hearing your heart
now that I found you
a beautiful pearl locked in its mould
you’ve opened it up to me
You gave me the golden key.